Neymar could be tempted by a move from Barcelona to Paris St Germain, according to his agent.

The Brazil forward, 24, has excelled as part of Barca's 'MSN' strikeforce alongside Lionel Messi and Luis Suarez, with the Catalan club six points clear at the top of the Primera Division, through to Copa del Rey final and in the Champions League quarter-finals.

He also has a release clause in his contract of €193million, according to his representative Wagner Ribeiro, who nevertheless feels a "dream" move is a possibility.

"Neymar has a contract with Barca until 2018," Ribeiro told L'Equipe.

"He feels good in Barcelona, he's loved over there and he's playing for the best team in the world. It's no small feat to impose yourself at such an enormous club.

"But the prospect of living in a city like Paris and to play for a club like PSG - that's also a dream for every player.

"We'll see in two years, when he will be at the end of his contract."

A move could happen even before then, though, with Ribeiro acknowledging PSG are one of the few teams in the world capable of funding a move for the superstar player.

"If PSG show an interest in Neymar, we can discuss it," he said.

"A contract can also be terminated provided that the release clause is paid.

"It's huge: But I don't think that would be an insurmountable problem for PSG." 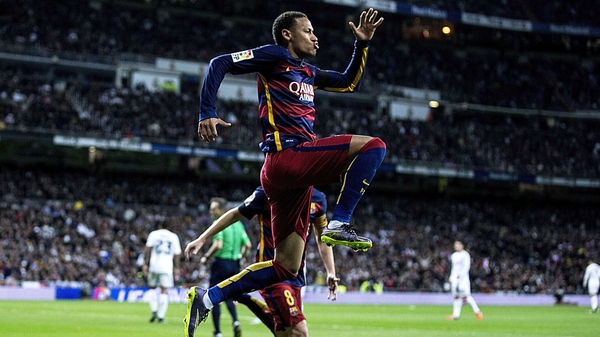