Wes Morgan sent Leicester seven points clear at the top of the Barclays Premier League as the Foxes beat Southampton to take a massive step to the title.

The captain's first goal in 11 months handed them a 1-0 win - their fourth in a row - as Claudio Ranieri's side sent out a further warning to their rivals.

The Foxes' Great Escape, where they won seven of their final nine games to beat the drop last season, started a year ago this weekend with a 2-1 win against West Ham - and they again stand on the brink of something extraordinary.

With just six games left they lead Tottenham, who drew 1-1 at Liverpool on Saturday, and stayed on course for a remarkable title victory with a routine win.

Sadio Mane wasted Southampton's best chance in the first half when his shot hit Danny Simpson after he rounded Kasper Schmeichel while Fraser Forster brilliantly saved from Simpson in the second half.

Defeat also dented the Saints' hopes of reaching Europe and they were on the back foot from the first whistle.
Jamie Vardy, fresh from his two England goals, buzzed around to irritate the visitors and forced Forster into a sliced clearance.

Balls from Riyad Mahrez and Vardy flashed across goal as the Foxes looked for an early breakthrough but could not create a clear chance.

The visitors defended well, though, with their defence noticeably deep to combat Leicester's counter-attacking threat.

The Saints were rarely given time to settle themselves with Mane and Graziano Pelle anonymous and it took until the 29th minute for them to threaten when Pelle headed over from 15 yards.

And Mane should have given the visitors the lead three minutes later when he blew a golden chance.

The forward was put clean through and managed to round the flailing Schmeichel but his effort was poor and was blocked by the covering Simpson.

Schmeichel then turned Jose Fonte's drive over before Jordy Clasie's effort was off target.

But just as Leicester looked like they were rocking Morgan popped up to score his first goal of the season seven minutes before the break.

The skipper had stayed forward following a free-kick and he powered in Christian Fuch's right-wing delivery from seven yards to send the King Power Stadium crazy. 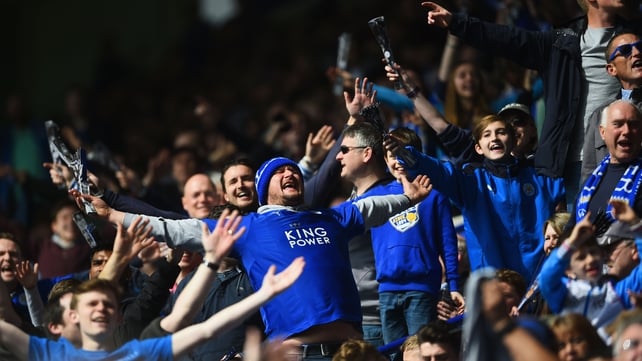 Again, Ranieri's side had not been at their best but they continued to grind out the victory in the second half.
Grit and determination took the place of any explosive play, while at the other end, Schmeichel was never troubled.

And the Foxes almost doubled their lead in comical fashion in the 66th minute when Forster pulled off a wonderful stop after Fonte's attempt to cut out Danny Drinkwater's cross threatened to loop in.

Aimless Southampton, with the toothless Pelle giving Morgan and Robert Huth an easy ride, never looked like hitting back and they were saved by Forster again with 20 minutes left.

Leicester had struggled to conjure a flowing move until Drinkwater's backheel set Vardy away and his cross found the unmarked Simpson at the far post.

It looked certain to be 2-0 but Forster scrambled across to beat out Simpson's seven-yard effort.

Mane shot wide in the final 10 minutes but Southampton's attacks lacked poise and precision with Morgan and Huth dominant as the Foxes edged closer to the title. 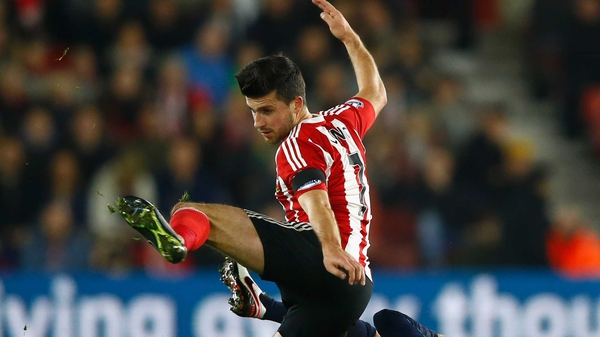