Payet, fresh from stunning strikes at Manchester United and, for France, against Russia, conjured up another sublime set-piece at Upton Park.

But West Ham lost Cheikhou Kouyate to a straight red card before substitute Gayle's first Premier League goal of the season earned Palace a valuable point in their bid to steer clear of relegation trouble.

Damien Delaney had earlier given Palace the lead after a mistake by Hammers keeper Adrian, only for Manuel Lanzini to equalise.

Bakary Sako's 15th-minute free-kick from the right appeared to be curling out of play until, at the last moment, Adrian decided it might creep inside his far post.

But as the Spaniard attempted to gather the ball he inadvertently scooped it back into play, allowing Delaney to nod into an empty net. 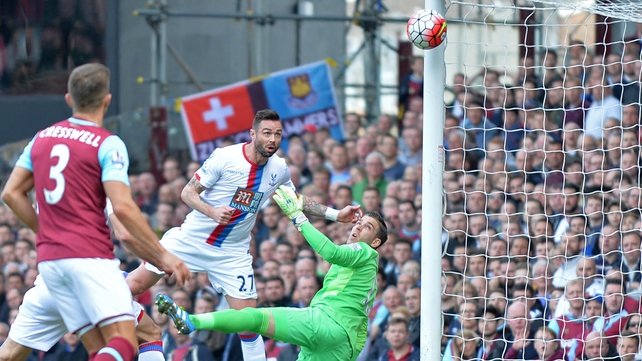 Palace's lead lasted less than three minutes before Michail Antonio raided down the right and crossed to the back post.

Diafra Sakho's header back across goal was intercepted by Scott Dann, but cleared only as far as Lanzini who smashed it back past the defender and into the net.

Such has been Payet's prowess with free-kicks lately that Eagles boss Alan Pardew even warned his side not to commit fouls within 30 yards of goal.

Yet Payet had already sent one sighter over the crossbar when Joel Ward chopped the Frenchman down 25 yards out, four minutes before half-time.

Pardew looked resigned to his fate as he trudged back to his seat in the dug-out while Payet weighed up his options.

However, as Hennessey began to move right Payet, rather than lift the ball over the seven-man wall, calmly curled the ball round it into the opposite corner to give West Ham the half-time lead

But the hosts' afternoon began to turn sour in the 67th minute when Kouyate was shown a straight red card for his lunge on Gayle.

Palace had already been denied an equaliser when Aaron Cresswell cleared Sako's shot off the line after Adrian had gone walkabout.

And with 15 minutes to go both West Ham's centre-halves, Angelo Ogbonna and Winston Reid, made a mess of Pape Souare's cross allowing Gayle to lash in the equaliser. 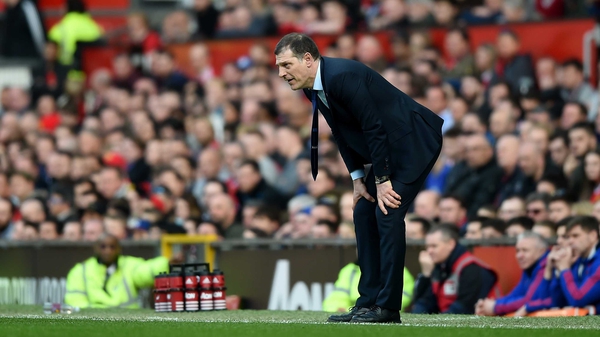