Foster made important saves from Lee Cattermole, Jan Kirchhoff, two from Fabio Borini and another from Jermain Defoe at the death as the Black Cats made most of the running, but once again failed to profit from the opportunities they created.

Tony Pulis' side offered little going forward with home keeper Vito Mannone largely untroubled, but they left Wearside having reached the magic 40 points and having edged their hosts deeper into the mire following the 0-0 draw.

Sunderland went into the game having allowed four priceless points to slip from their grasp in away games at Southampton and Newcastle, where they led until the final few minutes, and knowing draws will not be enough to keep them in the top flight.

In the circumstances, a home clash with a West Brom side all but mathematically assured of its place in next season's Premier League looked like a must-win affair, although the opening 45 minutes proved to be largely frustrating.

The Black Cats created a series of half-chances, most of which were fashioned by or fell to Defoe, who saw a clever 10th-minute flick from Younes Kaboul's cross saved by Foster and then drilled a 20th-minute shot across goal before seeing another blocked by defender Gareth McAuley.

However, he really should have out his side ahead on the half-hour when Wahbi Khazri picked him out unmarked in front of goal with a left-wing cross, but failed to make contact with the goal at his mercy.

Had the half's next best chance fallen to Defoe, Sunderland might have gone in ahead at the break, but it was midfielder Lee Cattermole, playing in a more advanced role than usual, who was picked out by Khazri's square ball and his poor first touch allowed Foster to race from his line and block.

For their part, the Baggies created little of note with Mannone only momentarily worried by defender James Chester's floated 19th-minute cross, although he might have been more concerned had Darren Fletcher managed to collect Salomon Rondon's long ball with a clear run to goal ahead of him eight minutes before the break.

Sunderland might have taken the lead twice within seconds nine minutes after the break when first Foster denied Kirchhoff with a fine reaction save after he had barged his way through from Borini's pass, and then McAuley came to the rescue once again to block yet another Defoe effort.

Foster had to be at his best to beat away Borini's piledriver four minutes later with the Black Cats in full flow, but he would have been helpless had the Italian's shot from DeAndre Yedlin's 61st-minute cross flown just inside rather than just past the post.

Borini might have snatched the win five minutes from time, but Foster was once again equal to the task as he dived to his left to save, as he was when he stopped Defoe's strike with hit foot with a minute remaining. 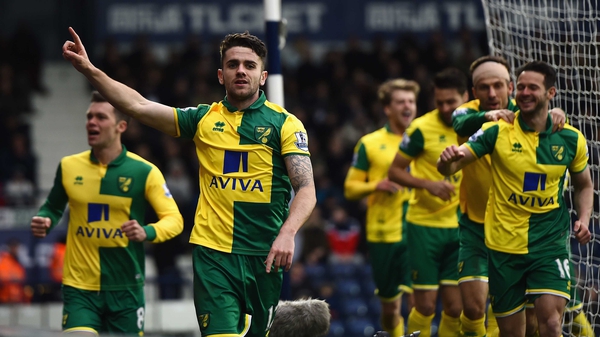