Brandon Miele opened the scoring for the hosts in the eighth minute, firing home a glorious strike from 20 yards and Michael Drennan spurned a gilt-edged chance two minutes before the break to double his team’s lead.

After Gary Shanahan had headed against the crossbar on the hour mark, the visitors came closest to sharing the spoils when substitute Ruairi Keating headed wastefully over in the 78th minute before replacement Trevor Clarke put the result beyond a doubt a minute from time.

The visitors arrived on the back of an impressive victory over Bohemians and their confident opening reflected a side that had enjoyed wins in three of their first five league matches.

Inside the first five minutes, Padraic Cunningham used his power to cause a degree of discomfort to the home back four with Rovers equally positive in the sixth minute as Pat Cregg flicked wide from a fine low cross by Simon Madden.

Within a minute, the hosts highlighted their threat from set pieces with Gavin Brennan heading well wide from an inviting free-kick from brother Killian.

However, Galway’s respite did not last long as they fell behind in the eighth minute as Miele cut inside cleverly before firing a clinical finish past Kevin Horgan from 20 yards.

Rovers continued to impress going forward but they were indebted to David O’Connor in the 19th minute as he worked wonders in blocking Cunningham’s goal-bound shot after a clever pull-back by Shanahan.

A refreshingly open encounter continued in a similar vein with both teams almost scoring inside fifteen seconds towards the 25th-minute mark.

Firstly, O’Connor looked set to double his side’s lead but his header from Miele’s corner was partially deflected into Horgan’s arms.

From the resultant counter-attack, Galway threatened to restore parity as another Shanahan break down the right culminated in a volleyed strike by Vinny Faherty that was inches over Barry Murphy’s crossbar.

The chances continued to arrive with Dean Clarke’s cross-cum-shot hacked to safety by Stephen Walsh, while Drennan fired wildly over when released by Killian Brennan.

Miele was proving Rovers’ key threat and a 40th-minute free-kick arced narrowly wide as the hosts looked to double their advantage.

That should have been the case three minutes later with Miele once again heavily involved with a pin-point cross that Drennan mistimed terribly, heading wide from six yards when unmarked.

The half concluded with some late Galway pressure as Murphy made a sprawling stop to deny John Sullivan, who made a powerful connection to Kevin Devaney’s left-wing cross.

The second half resumed with the hosts intent on doubling their lead as Gary McCabe and Clarke enjoyed enterprising but ultimately fruitless raids inside the first three minutes of the restart.

Devaney was enjoying an influential second half and after Murphy comfortably repelled his ambitious effort in the 54th minute, his swerving cross five minutes later culminated in Shanahan arcing a header onto the crossbar with Murphy stranded.

The visitors failed to build on that brief momentum, however, the introduction of Enda Curran and Ruairi Keating at the expense of strike duo Faherty and Cunningham reflected their need for a greater dynamism in attack.

Within three minutes of his introduction, Keating should have levelled matters as he raced onto Shanahan’s sublime cross but his powerful header flashed two yards wide.

Rovers were gradually less of a threat as the contest evolved but an audacious attempt by Miele almost caught Horgan stranded in the 82nd minute as the hosts looked to secure the three points.

Galway’s fate was sealed in the 89th minute as an unforced error inside his own area by Paul Sinnott was seized upon by substitute Clarke, who crashed a shot past Horgan at his near post to secure the win for the Hoops. 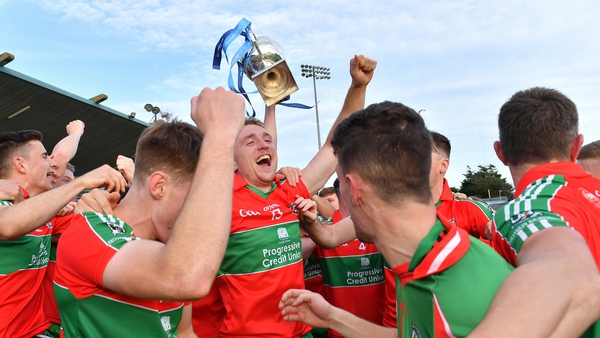 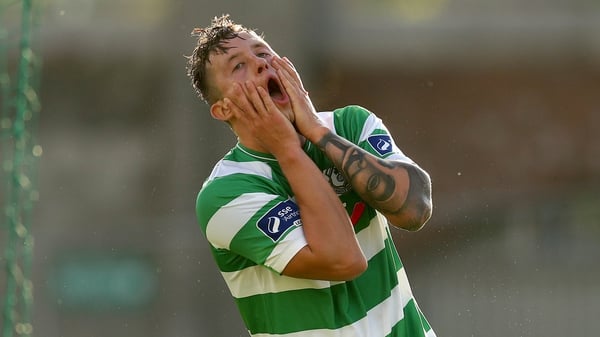 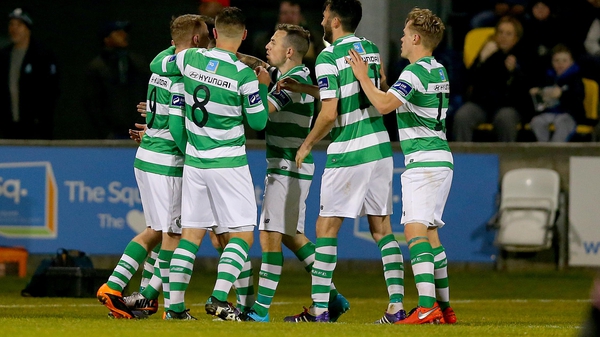 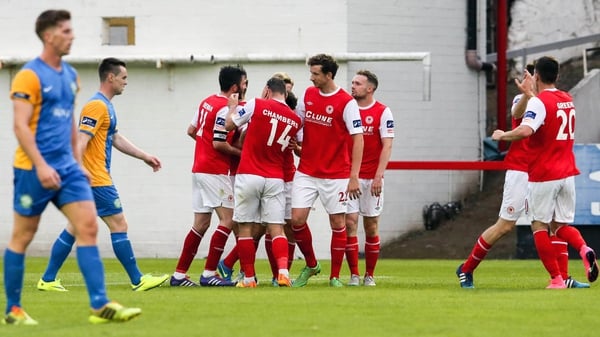