Rob Elliot has revealed he cried when he realised he would miss the Euro 2016 finals and Newcastle's battle to stay in the Premier League.

The 29-year-old goalkeeper was ruled out for "a number of months" when tests back on Tyneside on today confirmed the initial diagnosis that he had suffered anterior cruciate ligament damage during the Republic of Ireland's 2-2 friendly draw with Slovakia on Tuesday evening.

That means he will sit out the Magpies' remaining eight games and Ireland's summer adventure.

Elliot told Newcastle's website: "Sustaining the injury happened in a split-second. The ball was played across the goal and I moved across to get in line.

"I dived after the ball as I would do in any training session or any game, but I felt pain straight away. Watching it back, I grabbed my knee before I'd even landed.

"When I found out it was my cruciate ligament, that's when the tears came. There was a wave of emotion, knowing I would miss the rest of the season with Newcastle and the Euros with Ireland.

"But you have to let that come, get past it and then look to be positive."

Elliot, who tweeted his thanks to the Football Association of Ireland and the Magpies for the care they have given him and well-wishers for their support, was hurt as he dived in vain in an attempt to keep out Miroslav Stoch's opener just 14 minutes into his second start for Ireland, with manager Martin O'Neill having handed him a chance to stake his claim for the number one spot at the finals.

Thank you to everyone for their kind messages.will come back stronger! feel so lucky to have so much support behind me. Love to everyone

That role is now likely to go to either 39-year-old Shay Given, who could now get his chance for club Stoke after his own recovery from a knee problem with Jack Butland facing a lengthy spell on the sidelines, or the man who finished the qualifying campaign in possession, West Ham's Darren Randolph.

Randolph, who has known Elliot since they were trainees together at Charlton, was among the first to offer his best wishes to his compatriot.

He said: "I've known him since we were 15 and I know him quite well. I don't want to see that happen to anybody, at any stage, let alone Rob. He's been on fire.

"There's never a good time for that to happen, but it's the worst possible time for it to happen to him now."

There was sympathy too from defender John O'Shea, who accompanied Elliot, wearing a knee brace and using crutches for support, on his flight back to the north-east from Dublin.

Sunderland skipper O'Shea said: "It's a big blow for Robbie personally. I flew over with him on the plane from Newcastle, so I could see how much he was looking forward to coming over and showing what he could do.

"With the season he was having, he was keen to keep that momentum going, but unfortunately that's football. It could happen in training, but it just happened in the game."

Elliot plans to speak to former team-mates Ryan Taylor and Dan Gosling, who have recovered from similar injuries, as well as fellow keeper Tim Krul, who is currently working his way back to fitness after rupturing his own anterior cruciate ligament, as he plots a way forward.

Gutted to hear about Rob's injury. Bad time for goalies lately. Can't wait to go back to days like this @the_dilsh pic.twitter.com/l1o5H5PjXr

But in the meantime, he is backing Newcastle's third-choice keeper, Karl Darlow, to get the job done as the club attempt to drag themselves back from the brink of relegation, starting with Saturday's crucial trip to fellow strugglers Norwich.

Elliot said: "He's a great guy, he gets what Newcastle is all about and he works hard every day to get an opportunity like this. He deserves that roar from our fans like I had.

"I messaged him as soon as I knew about my injury because I wanted him to know and to be ready. I know how good a goalkeeper he is already and how good he is going to be." 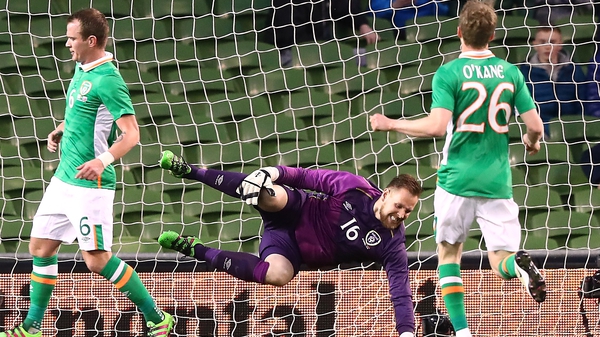