Germany bounced back from their weekend loss to England in emphatic style with a 4-1 victory over Italy in Munich - their first win over the Azzurri since 1995 - as the Republic of Ireland’s Euro 2016 three Group E rivals all failed to win their friendly internationals.

Just as in their 3-2 defeat in Berlin on Saturday, Joachim Low's world champions took control after establishing a 2-0 lead, Toni Kroos striking in the 24th minute and Mario Gotze doubling the advantage with a 45th-minute header.

This time, though, there was no collapse from the Germans. Jonas Hector made it 3-0 just before the hour mark and Mesut Ozil added a penalty with 15 minutes to go, before Stephan El Shaarawy registered a consolation for the visitors in the 82nd minute. 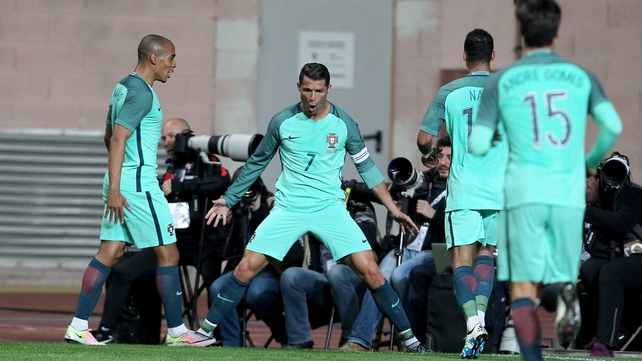 First-half goals from Nani and Cristiano Ronaldo steered Portugal to a 2-1 home win over Belgium, for whom Romelu Lukaku pulled one back after the break. 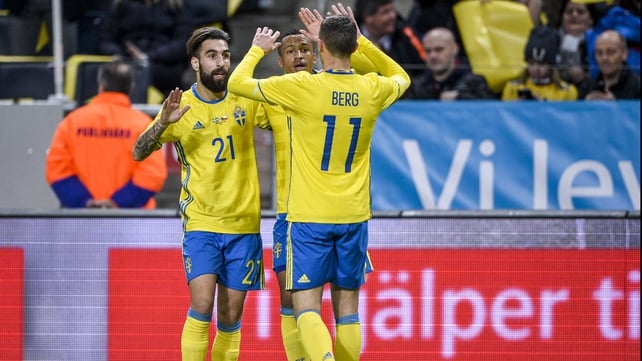 Sweden were held to a 1-1 draw by the Czech Republic in Solna, with Marcus Berg's opener for the hosts being cancelled out by Matej Vydra.

Euro 2016 hosts France defeated Russia 4-2 in what was Les Bleus' first match at Paris' Stade de France since the November terrorist attacks in the city.

Goals from birthday boy N'Golo Kante and Andre Pierre Gignac had the French 2-0 up at half-time, and after Aleksandr Kokorin reduced the deficit, Dmitri Payet - also on his birthday - fired home a free-kick.

Yuri Zhirkov soon hit back, but an effort from Kingsley Coman then wrapped things up for Didier Deschamps' men late on.

Turkey produced a comeback to see off Austria 2-1 in Vienna, Hakan Calhanoglu and Arda Turan securing the victory after Zlatko Junuzovic had made it 1-0 to the home team, and Switzerland lost 2-0 to Bosnia and Herzegovina in Zurich, thanks to Edin Dzeko and Miralem Pjanic goals.

Albania also won by a 2-0 margin away against 10-man Luxembourg as Armando Sadiku and Sokol Cikalleshi netted, while Iceland came from 2-0 down to triumph 3-2 in Greece.

A Kostas Fortounis brace had the Greeks looking comfortable, but efforts from Arnor Traustason, Sverrir Ingi Ingason and Kolbeinn Sigthorsson earned the away side a victory.

Elsewhere, there were 2-0 wins for Norway at home against Finland and Bulgaria in Macedonia, Latvia emerged with a 5-0 victory from their trip to Gibraltar, Serbia beat Estonia 1-0 away, Georgia drew 1-1 at home against Kazakhstan, and the match between Montenegro and Belarus finished 0-0.