Harry Redknapp’s short stint in charge of Jordan came to an end with a 5-1 thrashing at the hands of Australia that all but ends their chances of qualification for the 2018 World Cup.

The former Tottenham Hotspur boss started his two-match spell in charge with a 8-0 thumping of Bangladesh last Thursday but Redknapp admitted there had been a gulf in class between the Socceroos and Jordanians at the Sydney Football Stadium.

"I can't suddenly bring in Ronaldo - It is what it is."

Given the lack of time he had spent with the squad and the lack of support around them, however, the 69-year-old was reluctant to blame his players for the defeat.

"The players are the players, I can't suddenly bring in Ronaldo. It is what it is. They tried their best but they were beaten by a better team.

"If Australia played Spain next week, they'd probably get beat by four or five because that's the way the game is, Spain have better players."

Redknapp was invited by Jordanian FA chief Prince Ali bin Al Hussein to take charge for the two matches and, mindful that he also has a job as an adviser at English club Derby County, had expressed interest in continuing his role.

Whoever was in charge going forward, however, Redknapp felt they would need to make changes if the Jordanians were to get to the stage where they might be able to qualify for a World Cup for the first time.

"There's so much work needs doing if Jordan are going to  move on, having been here five or six days, the whole structure,  the set-up needs so much work," he said.

"We've got no analyst, we don't have anything on the opposition, we don't have sports scientist. The players are short of fitness so when they play against better teams, they struggle for fitness."

Overall, however, Redknapp said it was an experience he would remember fondly.

"I've enjoyed it apart from today," he said. "No one enjoys standing on the touchline getting well beat." 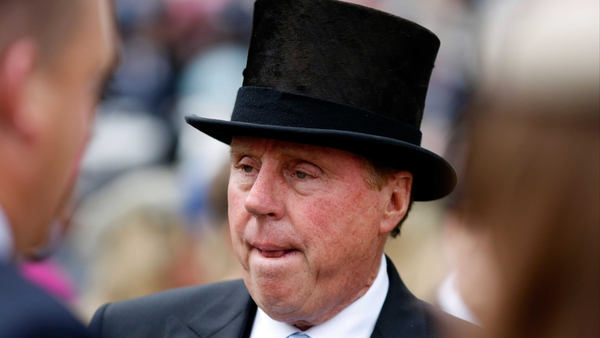 Harry Redknapp to double-job at Derby and Jordan