Kevin Doyle made his first Ireland appearance in two years against Switzerland tonight, but his return lasted little over 20 minutes after picking up a nasty injury at the Aviva Stadium.

A solid defensive showing from Martin O’Neill’s team helped the home side to a 1-0 victory over Switzerland, with Ciaran Clark’s second minute goal proving decisive.

“Thanks for all the messages...could have been worse" - Kevin Doyle

Much of the team focus was in the attacking third, with Alan Judge making his international debut and return of Doyle up front.

The Colorado Rapids striker was selected alongside Shane Long as the pair look to impress management ahead of this summer’s European Championships.

Doyle’s night came to a premature end after 23 minutes and looked to be in a great deal of distress following an innocuous challenge as he was stretchered from the stadium and taken to hospital for an assessment.

thanks for all the messages,could have been worse,bit of surgery going on now and be back very soon pic.twitter.com/UhM2TDC6Oh

The 32-year-old subsequently posted a picture of the gruesome looking injury and vowed to return to action quickly following surgery.

“Thanks for all the messages, could have been worse, bit of surgery going on now and be back very soon,” he posted on his official Twitter account.

The former Reading and Wolves striker has scored 14 international goals since making his Ireland debut in 2006. 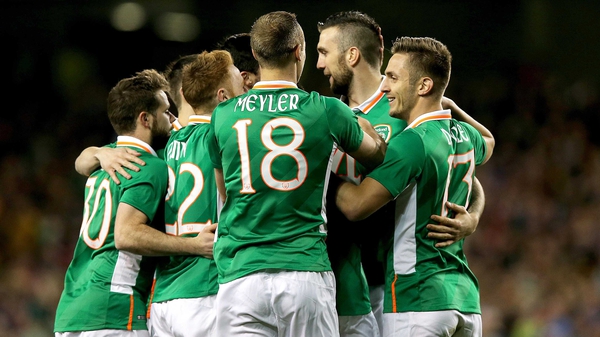 As it happened: Rep of Ireland defeat Switzerland Soccer