Ikechi Anya's first-half strike gave battling Scotland a 1-0 win over the Czech Republic in tonight's international friendly at the Generali Arena in Prague.

The home side, ranked 20 places above the visitors in the Fifa world rankings, had hit the frame of the goal before the Watford winger raced on to a Ross McCormack pass in the 10th minute to drive low past keeper Tomas Koubek.

It was a mostly backs-to-the-wall performance by Gordon Strachan's side but as a first step to rebuilding for the 2018 World Cup qualifiers which begin later in the year, it will be good enough for the national team boss and the Tartan Army.

As usual, the Scottish fans turned up in their numbers to see Aberdeen midfielder McLean making his debut, the the only new face in an experienced side, captained by Darren Fletcher, which had right-back Alan Hutton was making his 50th appearance.

Fulham forward Ross McCormack, left out of the original squad but then drafted in as a late replacement for the injured Steven Naismith, was asked to lead the line supported from wide by Robert Snodgrass, back in the side after recovering from a long-term knee injury, and Ikechi Anya.

Before the game there was a minute's silence for Holland great Johan Cruyff, who passed away earlier in the day.

The first scare for the visitors came in the eighth minute when defender Christophe Berra fouled Vladimir Darida 25 yards out.

Borek Dockal curled a wonderful free-kick against the bar with Allan McGregor beaten and David Limbersky's header from the rebound was heading for the opposite side of the goal before the Scotland keeper clawed it away for a corner, which the Scots survived.

Moments later, from out of the blue, McCormack sent Anya racing clear at the other end and the Watford winger drilled his shot low past Koubek, making his first start, to give the Scots an unlikely lead.

The Czech Republic responded fiercely and with the Scots under pressure, McGregor made a brilliant save from Darida's piledriver from distance before blocking an angled drive from Josef Sural.

The goal had sparked the Czechs into life and McGregor was forced into another save, this time from striker Tomas Necid.

The home side's pressure had subsided just before the interval but they had Scotland on the back foot from the restart.

Necid headed a Limbersky cross wide from 10 yards in the 51st minute before his close-range drive was blocked by Hutton, Scotland surving once more.

At the other end, in a rare Scotland attack, McLean took a pass from Anya and drove across the six-yard box but found no takers.

In the 58th minute Barry Bannan replaced Andrew Robertson and Matt Phillips came on for McLean, and the QPR player headed staight at Koubek moments later.

Still the Czech Republic came forward looking for the leveller but there was a penalty claim in the 73rd minute when Hutton was challenged inside the box by Limbersky, but Irish referee Paul McLaughlin took no action.

Tony Watt came on for McCormack in the 79th minute to make his debut and a few minutes later McGregor threw himself to the left to push the ball round the post after it had come off substitute Daniel Kolar to head towards the bottom corner.

In the 84th minute Phillips headed an Anya cross past the post before the goal scorer made way for Birmingham defender Paul Caddis, another debutant, who helped Strachan's side see out three added minutes for the morale-boosting win. 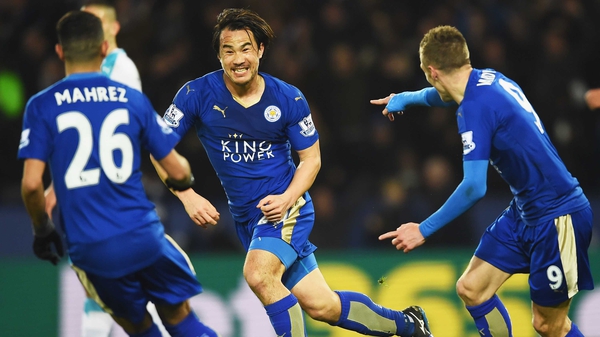