Tuesday night's EA Sports Cup action saw the all-Premier Division clash between Bohemians and Longford Town go the way of the Dublin side, as they prevailed 3-1 at Dalymount Park.

There was drama early on with two goals in the space of a minute. Peter McGlynn put through his own goal to give the Gypsies the lead, but that was quickly cancelled out with David O'Sullivan levelling for Longford - with just three minutes gone.

However, Derek Prendergast on 48 and Jake Kelly on 53 gave Bohs the initiative they would not relinquish, with Longford's cause not helped with Pat Flynn's dismissal late on.

Bray Wanderers came away with a 2-0 victory against UCD at the Bowl. After creating the better chances in the opening period, Bray finally went ahead in injury time when Mark Salmon was put through by Jason Marks, with the former shooting low to the net.

The Seagulls doubled their advantage on 55 minutes when Andrew Lewis capitalised on a mix up in the home defence to score from an acute angle.

Finn Harps prevailed in the Donegal derby after a 1-0 win over Ulster Senior League side Cockhill Celtic in Ballybofey.

The winner came on 24 minutes as a darting run from Eathan Boyle ended with his low shot getting the better of the diving Gavin Cullen in the Cockhill goal.

In the night's other game, Limerick were 4-2 winners over Cobh Ramblers at St Colman's Park.

A brace from John O'Flynn following on from earlier goals from Robbie Williams and Stephen Kenny put the Shannonsiders firmly in the driving seat.

Cobh put some respectability on the scoreline when Markus Gustavsson converted from the penalty spot on 75 minutes and he added a second three minutes later. 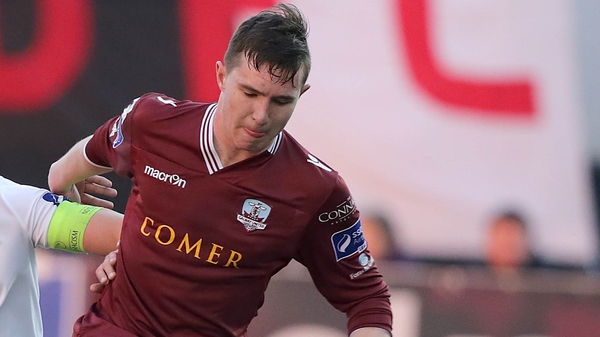