Harry Arter has been ruled out of Ireland’s upcoming games against Switzerland and Slovakia due to injury.

The Bournemouth midfielder has returned to his club to undergo treatment on a damaged achilles and will not get a chance to add to his solitary Ireland cap, which he earned in last summer’s friendly clash with England.

Ireland assistant manager Roy Keane said that he had no option but to return yet offered some consolation by stating that Arter should feature in the May international against the Netherlands.

“It’s unfortunate as I’m sure he is desperate to get one or two games under his belt,” said Keane.

“He’s playing most weeks for Bournemouth; It’s disappointing but that’s part of the game.” 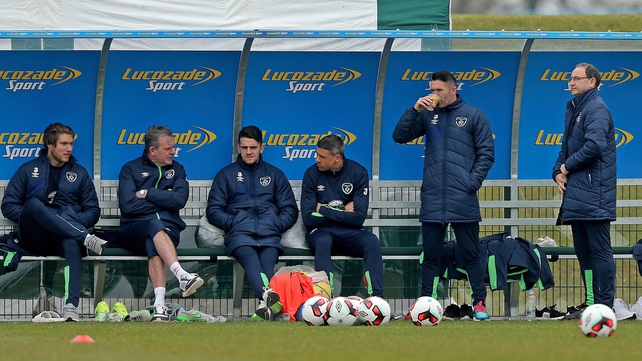 Jeff Hendrick is another Ireland player who looks doubtful ahead of the Aviva Stadium double header as the Derby County midfielder is struggling with a shoulder injury.

“If there’s any doubt, they obviously don’t play,” added Keane. “I think Jeff might be heading back in a day or two."

Captain Robbie Keane did not train this morning and will have a scan on an injury, while Jonathon Walters and Robbie Brady also sat out today’s training session at the FAI headquarters in Abbotstown.