Newcastle keeper Rob Elliot has admitted he would have laughed if he had been told Rafael Benitez would be the club's manager a few weeks ago.

However now that he is, the Republic of Ireland international and his team-mates have an added incentive - if they needed one - to secure the Magpies' Barclays Premier League status.

Benitez has signed a three-year deal at St James' Park, but there is a break clause in his contract should the club be relegated, and the chance to work with one of the biggest names in the game on a sustained basis is one the players do not want to pass up.

Elliot told the Northern Echo: "If you'd said to me a couple of weeks ago that Rafa would be our manager, I'd have probably laughed. But he's here and it's a fantastic opportunity for the players and this football club to move forward with him in charge.

"We just need to make sure that, one, we stay in the division, and two, that he's our manager for the next few years to build and take us to where we want to be.

"It's been great to have him on board. We haven't had too much time to work with him yet because he's just arrived, but his experience speaks for itself. It's been exciting and motivating for the players to have someone like the gaffer to come in.

"Just look at his calibre - he's just left Real Madrid. We're all aware that we need to work hard and listen to what he asks us to do so we can climb up the table as quickly as possible."

Benitez's first game at the helm ended in a narrow 1-0 defeat at leaders Leicester on Monday evening, and the Spaniard will hope to set the ball rolling in Sunday's derby clash with Sunderland on Tyneside, a game neither club can really afford to lose. 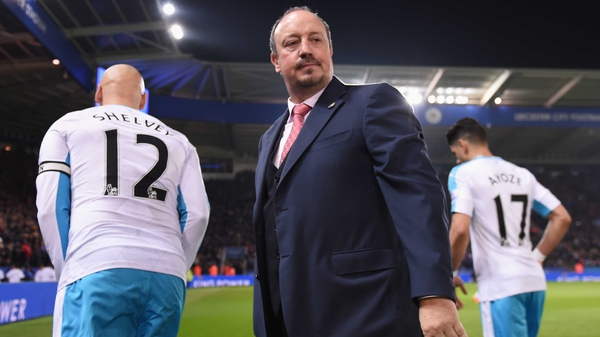