Tottenham were given a lesson in the demands of top-level European football as Borussia Dortmund blew Mauricio Pochettino's men away with an emphatic 3-0 victory in the Europa League last 16 first leg.

Pochettino fielded a weakened line-up at the Westfalenstadion, with Harry Kane left on the bench, and his selection backfired as Marco Reus' double and Pierre-Emerick Aubameyang's header all but ended Spurs' hopes of making the quarter-finals.

It means Tottenham are now winless in three, after taking just a point from last week's derbies against West Ham and Arsenal, and the challenge now will be to recover confidence and form, with a trip to Aston Villa up next on Sunday.

Much of the talk before the match had been about the similarities between the two sides - their style of play, league position and low-budget squads - but this was an annihilation, the only surprise being that Dortmund did not score more.

Aubameyang could have been in the Spurs line-up had a deal with St Etienne not broken down in 2012, with the striker later claiming he would never move to White Hart Lane because of the club's "weird" behaviour during negotiations.

It might be a stretch to say the Gabon forward, who once wore crystal-encrusted boots, had a point to prove but he certainly dazzled again here, running his former suitors ragged and lapping up the service provided to him by the excellent Henrikh Mkhitaryan and Reus.

The travelling Tottenham fans were left chanting for their own talismanic striker with barely quarter of an hour played but Kane did not come on until the 76th minute, by which time Dortmund's victory was complete.

Instead Pochettino, in a clear indication of his priorities, started Nacer Chadli up front, Tom Carroll and Ryan Mason in midfield, and handed 18-year-old Josh Onomah only his fourth start of the season. 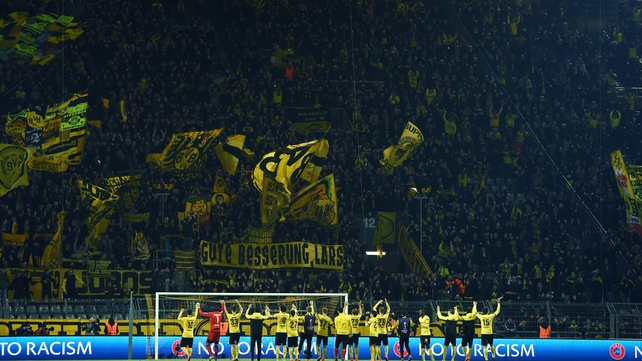 The Westfalenstadion's renowned 'Yellow Wall' - the largest free-standing stand in Europe - gave a rousing rendition of You'll Never Walk Alone before kick-off and their team made a blistering start, tearing Tottenham apart for almost all of the opening 20 minutes.

The home side created five early chances as Gonzalo Castro fired over, Erik Durm was sent clear by Aubameyang but shot wide and then Aubameyang volleyed over from close range when a header might have been called for.

The striker did finally have the ball in the net when Hugo Lloris clawed away Mkhitaryan's superb long-range shot and he slid home the rebound, but the offside flag was raised and Spurs again survived.

There was a brief period of relief for the visitors but just as they took a breath, Dortmund struck, Marcel Schmelzer digging out a cross from the left for Aubameyang to climb above Ben Davies at the back post and nod home his 33rd goal in 38 games this season.

The chances grew less frequent but Dortmund's dominance was relentless and in the 50th minute Mkhitaryan's sumptuous pass was dinked across goal by Aubameyang and Castro's angled attempt came back off the post.

It seemed only a matter of time before the Yellow Wall would explode again and so it proved in the 61st minute as Neven Subotic flicked a cross to the back post, where Reus was waiting to bang the ball into the roof of the net.

And it soon went from bad to worse for Tottenham as Reus scored his second nine minutes later, adding the finishing touch to a scintillating 21-pass move to put the visitors out of sight.

Kane came on for Son Heung-min and Mousa Dembele had earlier replaced Chadli but the damage was already done. The effect it could have on Tottenham's momentum elsewhere remains to be seen. 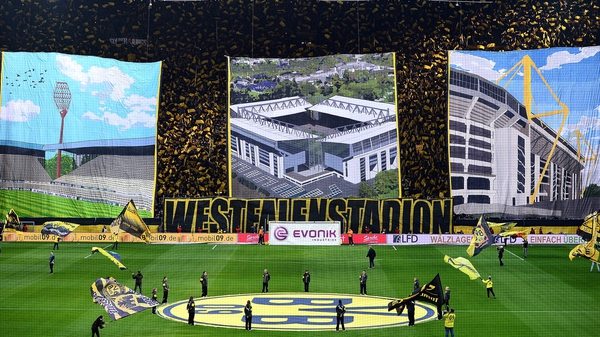