Manchester United's top-four push is building momentum, but Louis van Gaal wants his side to stay calm and take it "step by step".

In little over a week the mood around Old Trafford has changed drastically, with Marcus Rashford's incredible emergence and four successive wins alleviating the mounting pressure, temporarily at least.

It had looked like the doom and gloom could seep in as Watford threatened to upset the home faithful on Wednesday, only for Juan Mata's late free-kick to secure a 1-0 fourth successive win in all competitions.

The strike was as classy as it was important given it moved injury-hit United level on points with fourth-placed Manchester City, who have a game in hand as well as a superior goal difference.

"We have to go step by step, I think," Van Gaal said when asked about his side's top-four hopes.

"Of course we have now four victories in a row, it is fantastic, but we have a very small selection at the moment.

"You can see the statistics of how many players are already injured and from what date."

"You see how [Marcos] Rojo is struggling. I gave [him time in recent games] and I have to do that in matches in the Premier League. It is better to do in the second team but I am forced to do that.

"I think we are doing great the last four matches but still we have to go step by step."

A trip to West Brom on Sunday now awaits as Van Gaal's men continue to wade through a testing, fixture-heavy period.

Anthony Martial and Matteo Darmian's return against Watford were timely boosts, but United remain without a host of key players at this crucial period.

"You can see the statistics of how many players are already injured and from what date," Van Gaal said. "Then you can see how difficult it was and we are still in the possibility of being in the first four of the league.

"But it also means it's a full programme. When you see our matches, still 20 to go, we have already 40 matches played. It is 60 matches. 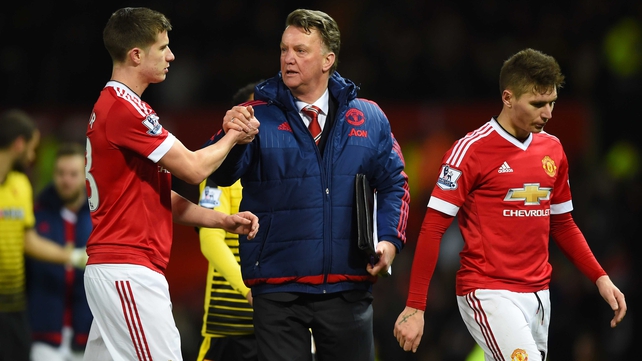 "When I was trainer-coach of Bayern Munich, we played 55 matches and we played then the final of the Champions League.

"Then still we have to look for two matches, Crystal Palace and West Ham United, so it's very difficult to fulfil the expectation."

In truth, Van Gaal was fortunate to be able to reflect on a win as Watford dominated large patches of the match.

Odion Ighalo came close on a number of occasions in the first half, with Sebastian Prodl threatening from set pieces as Watford continued to impress after the break.

The inability to score was punished by Mata in the 83rd minute, but Watford boss Quique Sanchez Flores was philosophical.

"It is football," he said. "It is England, it happens every weekend. This place it is possible to happen. I think we played well but finally individual quality decided the match.

"We had a bad result but we have a very good feeling. I think we played with high personality, with confidence, we created chances, we matched them.

"I just don't like to hear 'unlucky' because something is wrong. We didn't get anything, but no problem. It's football. Bad result, good feelings, thinking about the next game in two days." 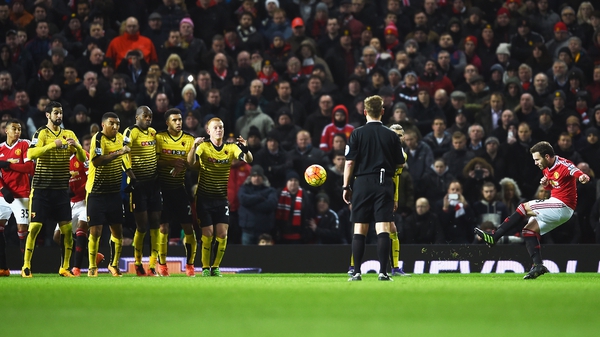 Watford left to rue missed chances as United nick it