A bleak season would reach a new low at Old Trafford on Thursday should the Danish champions follow up last week's shock 2-1 win and progress from this Europa League last-32 tie.

Midtjylland were only formed in 1999 and their own sporting director, Claus Steinlein, even admitted it would still be "a bit of a miracle" if they can progress past the three-time European champions.

Van Gaal is not taking the visitors for granted, though, especially after a chastening first-leg defeat in Herning, after which he admitted the travelling fans had been right to criticise United's display.

The Dutchman expects the chance to upset the apple cart on a stage like Old Trafford to inspire Midtjylland and called for his players to match their determination.

"I was not a great player, as you know, but when I played for full stadiums I was always at my best," Van Gaal said. "It is not a good signal for Manchester United.

"I think most the players shall be excited and for them it is the match of their lives, especially at Old Trafford and not at home.

"It is always the reason why I say that top teams have to cope with the resistance of their opponent also."

Juan Mata, sat alongside Van Gaal at the pre-match press conference, was then asked if matching the visitors' desire was key, but his manager excitedly interjected.

Van Gaal's turn of phrase led to chuckles - including from Mata - in the press conference, where the United boss regularly underlined the difficulties posed by the visitors.

Dismissive when asked about the seeming gulf in individual quality, he also scoffed at suggestions that this tie should have been a cake-walk. 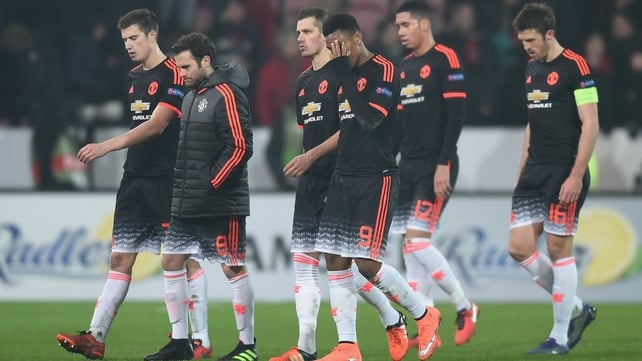 "I do think that Midtjylland had a very good organisation, very detailed, and the players want to perform that organisation," Van Gaal said.

"They play with diagonal pressing. I do that also with my team and not many teams are doing that.

"When I see the data of Midtjylland, they have always won against English opponents.

"Everybody is thinking it's nothing, but you have to analyse every opponent on its own qualities and I think they have a lot of qualities."

Van Gaal knows United have to win second balls more often than they did last Thursday, in addition to keeping possession better and moving the ball quicker.

It is a match they approach without a string of first-team players, from Wayne Rooney to Bastian Schweinsteiger, and Phil Jones to Marouane Fellaini.

Questions remain over the fitness of Chris Smalling after Monday's FA Cup win at Shrewsbury, while star turn David de Gea will again be missing in goal.

"I was hoping for (De Gea to be available) but he shall not be involved," Van Gaal said. "That is already certain.

"(Antonio) Valencia not available for selection, neither (Adnan) Januzaj - they are close. (Marcelo) Rojo can only come in for 20 minutes, maybe, so it is possible but that depends on the other injuries. He has trained already with the second team." 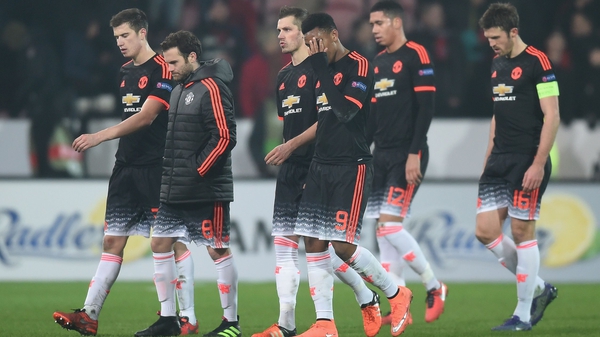