Sepp Blatter, the dethroned FIFA president, is preparing to publish a personal account of his near 18 years at the head of football's world governing body.

The publicity blurb says Blatter "repeatedly had to put up with harsh reviews and prejudices" and details how the 79-year-old "learned to deal with the hostility" during his lengthy tenure as FIFA president, which came to a swift end last June.

A spokesperson for the publishers said: "It's his very own opinion on his time at FIFA. It's a very personal book, not judicially edited or sanitised at all."

The book is scheduled to be published in Blatter's native Switzerland in April, not in February as detailed on the publisher's website, and an English language version is due to be published in June. It will cost 39 Swiss francs [around €35].

It is anticipated Blatter and Michel Platini, who was widely expected to succeed the Swiss as FIFA president, will this week learn the results of their appeals against their respective eight-year suspensions from all football-related activity.

Blatter and UEFA chief Platini had their hearings with FIFA's appeals committee in Zurich last week after being found guilty of corruption over a "£1.3m disloyal payment" made to the Frenchman.

FIFA on Friday is due to elect Blatter's successor, with five men in contention to succeed him as president.
Sheikh Salman bin Ebrahim Al Khalifa of Bahrain, the Asian Football Confederation president, and UEFA general secretary Gianni Infantino are the favourites for the role. 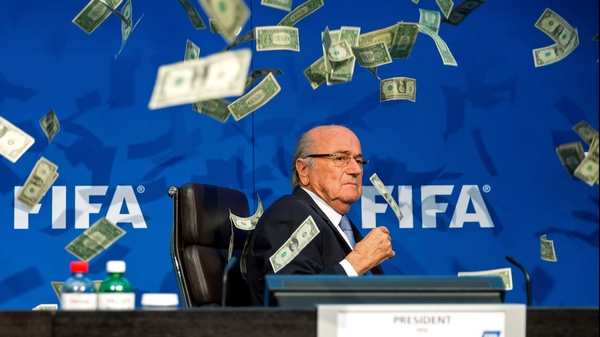