Prince Ali bin al Hussein plans to test FIFA's resistance to transparent voting booths by having some sent to Zurich in time for Friday's presidential election.

Football's world governing body has dismissed a request from Prince Ali for transparent voting booths to be used when the successor to Sepp Blatter is elected.

FIFA, which is this week expected to vote in wide-scale reforms to ensure openness and guard against the corruption which has engulfed it in recent times, insists it is sufficient for delegates from the 209 voting nations to hand over cameras and mobile phones before entering the booths.

Press Association Sport understands a submission on the case has been taken to the Court of Arbitration for Sport, while booths provided by Prince Ali's campaign team will be sent to Hallenstadion in Zurich this week.

Voters reportedly documented how they had voted in June's presidential election, which Blatter won ahead of Prince Ali before resigning days later, prompting this week's extraordinary congress and leading to Prince Ali's request as he bids to ensure a fair election.

Sheikh Salman, the Asian Football Confederation president, and Infantino are considered the favourites to succeed Blatter, who first became FIFA president in 1998.

Infantino again outlined his credentials as a president to steer FIFA into "much better times" in a statement on Monday.

He said: "I believe I am that person - a candidate of genuine reform, rooted in integrity with a real vision for the future - and with proven experience to bring growth and development to the benefit the whole football family.

"By the end of this week we will know whether FIFA has taken a full step towards reform, greater transparency and a new era for the world's most played and watched sport.

"A huge amount is at stake and, after travelling the world meeting with associations from every part of the globe, I know that football is ready to look forward with determination and confidence.

"I would be proud if elected president on Friday to help steer FIFA into a new era of growth, investment and respect, acting always in the interests of football, bringing football back to the heart of FIFA.

"I am entering these final days of the campaign with a real sense of momentum for a new beginning and optimism for the election and for the future. This is truly a crossroads moment for football's world governing body." 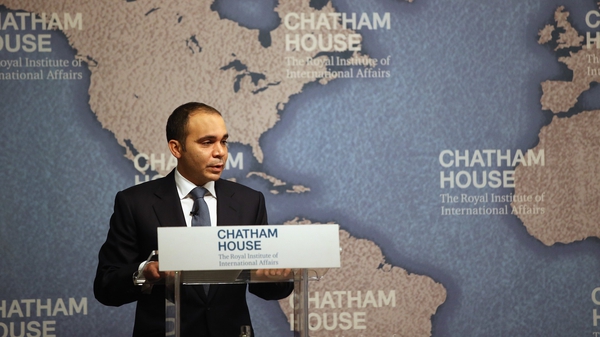