Sepp Blatter and Michel Platini are expected to discover later this week whether their respective eight-year suspensions from all football-related activity will stand.

Blatter made a low-profile appearance at an appeal hearing in Zurich on Tuesday, evading reporters and photographers on his way in and out of his old headquarters.

His visit followed one day after that of Platini, who in contrast walked the final yards to the building's entrance and once again protested his innocence to reporters.

The 79-year-old Blatter was handed the ban in December after being found guilty of a £1.3m "disloyal payment" to UEFA president Platini, who was also banned for his role in the payment.

Lawyers for Blatter have indicated they expect to discover the verdict later this week. If the appeals fail, both men are expected to take their fight to the Court of Arbitration for Sport [CAS].

The FIFA appeals committee, which is chaired by Larry Mussenden, the president of the Bermuda Football Association, has the power to reduce, increase or overturn the bans imposed in December.

The charges found proven included offering and accepting gifts, conflict of interest, and violating their fiduciary duty to FIFA.

Both Blatter and Platini said the payment was made following a verbal agreement between them when the latter worked for the former from 1998 to 2002, though it was not paid until nine years later.

That explanation was rejected as "not convincing" by the ethics committee, though it did add the evidence had not been sufficient to secure charges of corruption. 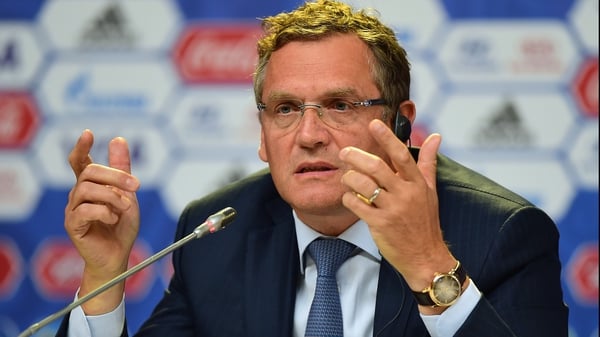