Liverpool manager Jurgen Klopp returned to work less than 48 hours after having his appendix removed and immediately set about trying to cure some of the club's own ailments.

The German missed Saturday's 2-2 draw with Sunderland after being rushed to hospital for an operation and so did not witness the 77th-minute walkout of fans protesting at the rise in ticket prices next season.

Klopp was prevented from answering questions on the matter in his press conference ahead of the match, but, having discovered what happened at Anfield at the weekend, he waded straight into the row.

Moves are already afoot within the club's hierarchy - who cancelled Monday night's question and answer session with chief executive Ian Ayre on their own television channel - to consider reviewing the ticket pricing structure.

And, with Klopp speaking publicly on the subject for the first time, it seems further developments are likely.

"When I heard about it (the walkout) I was disappointed," said the Reds boss.

"I've had a lot of things to do in the last few weeks, but now I know it is my problem too of course

"But everything I could say about this now would make it more complicated, because first of all I have to collect a few bits of information.

"What I know is everyone in the club has a big interest in finding a solution for this.

"We don't want the people leaving the stadium before the game is finished."

Klopp will be back in the technical area for their FA Cup fourth-round replay at West Ham on Tuesday night.

It may not be the normal, effusive and ebullient German the Premier League has already become accustomed to seeing on the touchline, but he insists he is fighting fit after surgery.

"I think I am experienced to know that for me it is not a normal coaching game so I won't be jumping about," he added.

"I can't win the game with my emotions outside, I know this, so I can handle it no worries.

"But I feel good and I am back in the race. Everything is okay and we don't have to talk about this any more."

Klopp will hope to have strikers Daniel Sturridge, Divock Origi and playmaker Philippe Coutinho available for selection at Upton Park.

He will, however, continue to rest players he believes are in need of a rest after a hectic January so the likes of Steven Caulker, Brad Smith, Kevin Stewart and Joao Teixeira are likely to get a run out alongside more regular first-teamers like Christian Benteke.

Former Liverpool defender Jamie Carragher, who joined in with the protest on Saturday, insists #77 is too much to pay to watch a football match.

"I was at Anfield on Saturday when Liverpool fans took their stand about the club publishing a price list for tickets next season that will cost as much as £77," Carragher said in his Daily Mail column. "I walked out, along with another 10,000 or so, in the 77th minute.

"People have said to me since then 'it's ok for you on your big wages, that's why the prices are so high'. I was paid well, yes, but I was there for 17 years and in comparison to some of the other players who were in that squad, it was fair.

"That's what you want ticket prices to be: fair. I know the increase will not impact on me but I also know plenty about my city - £77 is too much to watch a game anywhere but that price is particularly over the top in Liverpool."

Carragher says the walkout was staged with supporters of all clubs in mind.

He added: "That's what people need to understand about the walkout at Anfield. It wasn't just Liverpool fans sticking up for themselves, it was Liverpool fans saying 'enough is enough' for every supporter across the land." 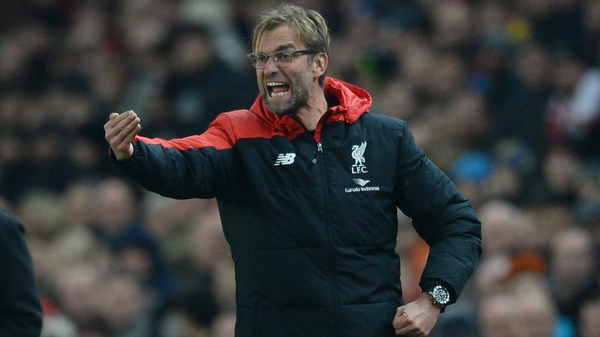