John Delaney has said he's confident the process of implementing some of the key recommendations of the Conroy Report is going at the right pace to ensure a smooth and satisfactory improvement to the League of Ireland.

Declan Conroy unveiled the comprehensive FAI-commissioned strategy last September, with a restructuring of the format of both divisions, more prize money and an improvement in development structures among the issues addressed.

The FAI chief executive said he's happy progress is quietly being made as they now look to put into effect some of the recommendations of that report, adding that a meeting with the clubs has been pencilled in for the coming weeks.

“We put the Conroy Report out there and then we asked the clubs to engage with us. Just before Christmas they appointed barrister Michael Cush to represent the 12 Premier clubs," said Delaney at the launch of the FAI’s Strategic Plan 2016-2020.

"If the clubs want to form their own league... that’s always available for them to do but from what I hear that’s not what they want to do."

"That’s the pace that the clubs have looked for, it’s the pace we’re happy at board level to support. I think it’s more important we look at the recommendations and go through them and see how we implement them rather than be in haste to implement and then find it impossible to do so. The process, I'm happy with it, the clubs have bought into it."

Delaney insisted he'd have no problem if League of Ireland clubs wanted to break away from the FAI to go out on their own, but is confident they are happy to stay with the organisation and work positively together for a common goal.

“I’m very open to what the clubs want. If they want to stay with the FAI, which I hear they do, and work through for the next number of years to improve the league even further, I’m happy with that.

"I think they want to engage with the FAI and look at this report and see can we implement major parts of that report together, and do it in a phased way which is achievable." 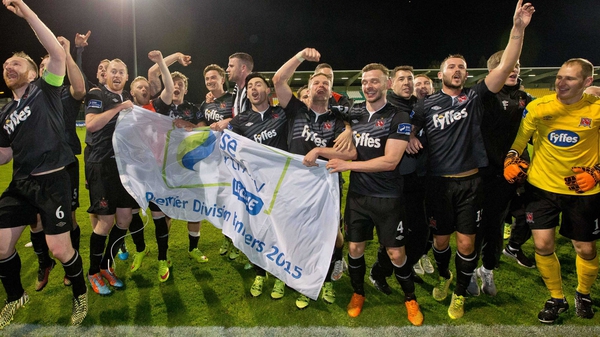