UEFA has confirmed that they will accept debit cards from Irish fans looking to purchase Euro 2016 tickets.

Following last Monday's application deadline, supporters were informed that a credit card had to be used. However, following discussions between the FAI and UEFA, debit cards can also be used to purchase the tickets which will be in great demand following the news that in excess of 275,000 Irish fans have made applications.

As of now, 26,000 tickets have been set aside for those travelling to support Martin O'Neill's team in France.

Following his meeting with UEFA, FAI chief John Delaney said: "I am delighted that UEFA has ceded to our requests to solve this potential difficulty for many Irish fans." 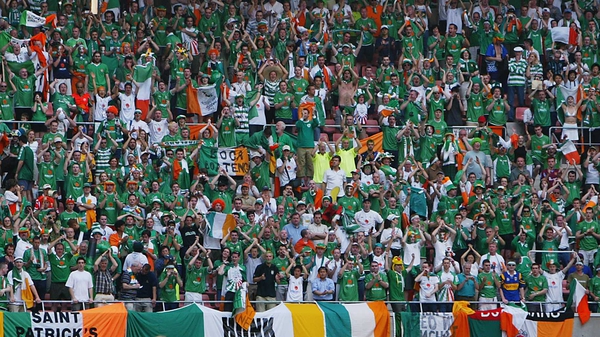 Ireland v Sweden one of the hottest Euro tickets Soccer