Jason Byrne says he still has his eye on the League of Ireland goal-scoring record after signing with First Division UCD.

Byrne, who spent the last two seasons at Bohemians, is 18 goals shy of Bradley’s tally.

The 37-year-old ex-Cardiff City striker said: “That’s the objective [breaking the record], but if I can get the goals and we can get promoted back to the Premier Division then that would be fantastic.”

The Students manager, Collie O’Neill, also confirmed that Brian Shortall has rejoined from Athlone Town and Cathal Brady has arrived from Drogheda United. 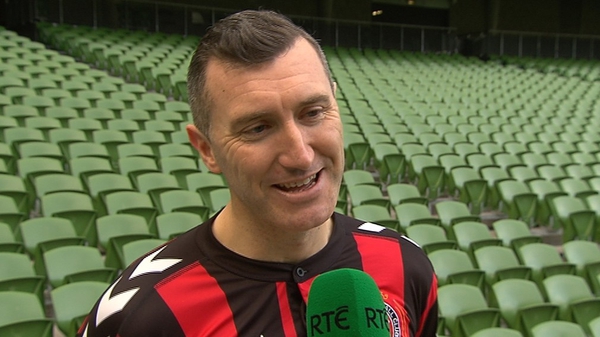