Carles Puyol believes it would be a ‘huge injustice’ if Lionel Messi did not win an unprecedented fifth Ballon d'Or on Monday.

Messi, his Barcelona team-mate Neymar and Real Madrid forward Cristiano Ronaldo are on the shortlist for the biggest individual accolade in world football.

The Ballon d’Or will be handed out at a lavish awards ceremony in Zurich on Monday.

Messi is the bookmakers' favourite to take the award from his great rival Ronaldo, who won for the third time last season.

The Argentinian was the star performer in Barca's five-trophy haul in 2015, scoring 48 goals in the calendar year.

And the now-retired Puyol, who played alongside the 28-year-old for ten seasons, thinks his former team-mate is by far the best in the field.

"You never know what might end up happening, but it would be a surprise and a huge injustice if Messi was not to win the Ballon d'Or," the former Barcelona captain said.

Messi broke new ground in 2012 when he won the award for a fourth time, eclipsing the achievements of Johan Cruyff, Marco van Basten and Michel Platini, who took home the gong on three occasions each.

And Puyol thinks the forward still has plenty of time to go on and win many more awards.

Thanks for voting! We'll let you know the results in the run up to the show tomorrow! #BallondOr pic.twitter.com/YVT66n5kCH

He added: "It will be hard for any other player in the future to win five Ballon d'Ors, and Messi is not going to retire tomorrow so he can even add more to his name."

Ronaldo may have won the award 12 months ago, but Real Madrid's indifferent form this year is likely to end up costing him the gong this time around.

The Portuguese scored a remarkable 54 goals in 52 games last year, but his efforts could not help Madrid land either of their big targets - the Primera Division or the Champions League.

Neymar found the net 43 times last year as part of a deadly triumvirate with Messi and Luis Suarez, but the 23-year-old is a big outsider to win his first Ballon d'Or on Monday. 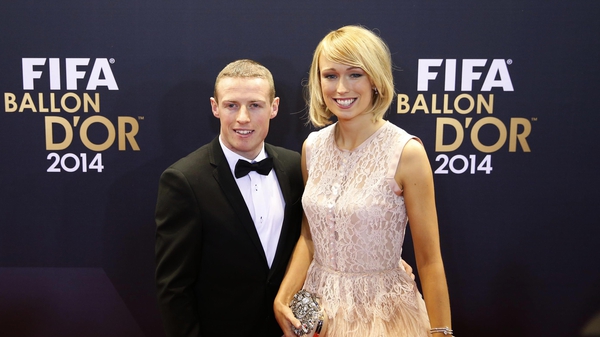