Jonathan Walters' second-half thunderbolt saw Stoke book their place in the FA Cup fourth round after surviving a torrid afternoon at League One Doncaster.

Walters blazed home a 57th-minute effort from long range moments after Peter Crouch had missed a glorious chance of his own to put the Potters back in front.

Crouch's 15th-minute opener had been cancelled out 10 minutes later by Nathan Tyson, and after Walters struck Rovers went agonisingly close to levelling again late on through Andy Butler and Tyson again.

But Stoke boss Mark Hughes will have been pleased with the performance of his fringe players after making nine changes to the side beaten by Liverpool in the Capital One Cup in midweek.

They restricted Rovers to few chances in the early stages, the hosts' best opportunity resulting in an easy save for Jakob Haugaard from an Andy Williams header.

And it was hardly surprising when the visitors took the lead on the quarter-hour mark, Crouch side-footing home after finding space in the box to meet Joselu's low cross from the right.
But Doncaster were level 10 minutes later when Williams launched himself on a brilliant run over the halfway line, swatting away a couple of challenges before squaring for Tyson, who prodded home at the second attempt.

Despite Rovers finishing the half well, Mame Biram Diouf missed two chances to put the visitors back in front, bringing a comfortable save out of Thorsten Stuckmann then taking too long shaping to shoot after Joselu fed him a glaring opportunity on the edge of the box.
Conor Grant went close to giving Doncaster the lead five minutes into the second half when he fired inches wide from a Cedric Evina cross.

But after referee Kevin Stroud shrugged off a penalty shout from Craig Alcock, the visitors set about making the home side pay for their missed opportunity.

First Diouf brought a fine save out of Stuckmann from close range before Crouch inexplicably spooned the point-blank rebound over the bar.

But moments later the former England striker's blushes were spared as Walters crashed home a stunning effort from around 25 yards to put the Premier League side back in front.

Stoke took control of the game after their second goal, soaking up brief spells of Doncaster pressure and going close to a third on the break when Walters slid in and missed at the far post.
But Doncaster went agonisingly close to equalising nine minutes from time when substitute Richard Chaplow found Butler whose well-placed header beat Haugaard but struck the woodwork.

And there was still time for two more Doncaster chances in injury time as first Tyson failed to keep his shot down then Paul Keegan headed inches over the bar. 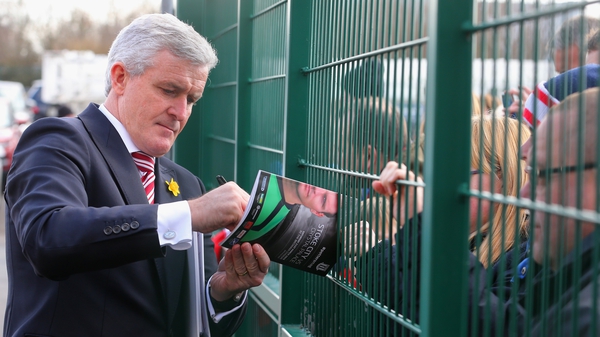