Sergio Aguero scored one and set up another as Manchester City cruised into the FA Cup third round with a 3-0 win over Norwich.

City boss Manuel Pelligrini made several changes to his starting line-up but his decision to start the Argentinean striker was key to this result at Carrow Road.

Aguero's broke the deadlock before teeing up Kelechi Iheanacho to make it two before half-time.

Substitute Kevin de Bruyne completed a comfortable victory late on as Norwich crashed out in round three for the third year running.

Aguero's season has been stifled by a series of niggling injuries but this was his fourth consecutive start and he looked back to his scintillating best before going off with 21 minutes left.

Norwich played three central defenders, perhaps looking for strength in numbers, but the extra space either side simply prompted Aguero to scurry wide and cut in from the flanks.

At one point in the second half, it took four separate fouls from Norwich's chasing midfield to finally bring the striker to the ground.

While Aguero started, City made seven changes as De Bruyne, Yaya Toure and David Silva were all rested, with the latter two not even included on the bench. 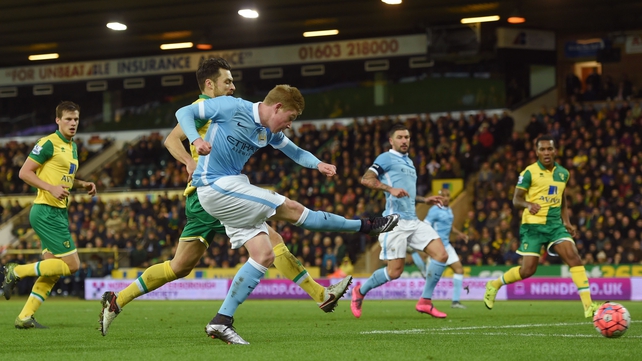 Their makeshift centre-back pairing of Nicolas Otamendi and Martin Demichelis continues to look uncertain but Norwich, who made seven changes themselves, never really put the duo to the test.

The hosts made a bright start but were guilty of overplaying at the back and when Sebastien Bassong took one risk too many.

Iheanacho almost capitalised as his angled shot was palmed over by John Ruddy.

Aguero was more clinical, giving City the lead after 17 minutes with a superb solo goal.

It was a trademark weaving run from the Argentina striker, who collected Raheem Sterling's neat flick and ghosted past two Norwich defenders before finally evading the sliding challenge of Ryan Bennett and poking home his eleventh goal of the season.

The Canaries showed signs of life as Graham Dorrans tested Willy Caballero, in the City goals instead of Joe Hart with a stinging drive from distance.

However, the hosts struggled for any sustained possession and when the game’s second goal came it went to the visitors. 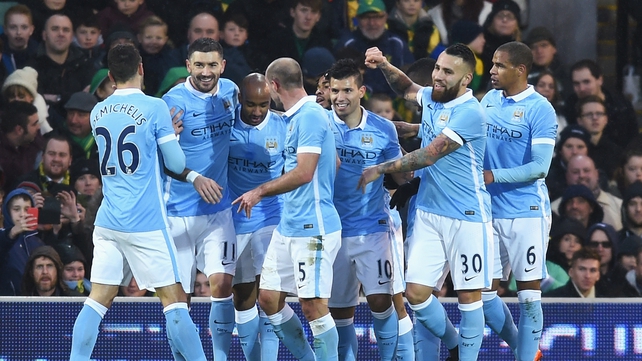 Aguero was involved again, latching on to a long punt upfield and, as Norwich rushed across, squaring the ball for Iheanacho to double City's advantage.

The hosts came out with renewed vigour after the break and even had the ball in the net when Cameron Jerome applied a cool chip over Caballero, but the linesman had his flag up.

As the match wore on, however, any hopes of a comeback seemed to drain out of Norwich and City almost bagged a third when Jesus Navas cracked a fizzing effort against the crossbar.

The respite proved temporary, however, as De Bruyne (above), shortly after coming on, weaved Bennett one way and then the other before driving his shot through Ruddy at the near post to complete a convincing victory. 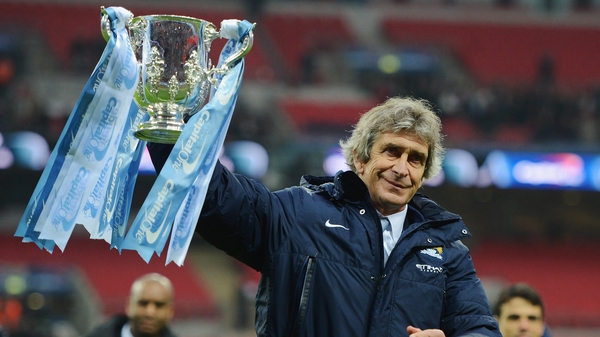