Louis van Gaal's position in the Old Trafford hot seat looks even more precarious as Stoke City swept Manchester United aside in a comfortable 2-0 victory at the Britannia Stadium.

Goals from Bojan Krkic and Marko Arnautovic punished United for a dreadful start at a blustery Potteries and although the visitors improved in the second half they could not repair the damage.

Dutchman Van Gaal has overseen a seven-match winless run in which United have been eliminated from the Champions League and fallen out of the Premier League's top four.

Having stormed angrily out of his pre-match news conference on Wednesday, Van Gaal will now face further questions about his future in charge of England's record 20-times league champions.

United, who slipped down to sixth in the table, face Chelsea at home on Monday.

Stoke's opener after 19 minutes was an embarrassing moment for Dutch winger Memphis Depay, one of numerous expensive signings made by Van Gaal.

Attempting to knock the ball back to his goalkeeper David de Gea with a diving header, Memphis only succeeded in gifting the ball to Glen Johnson who crossed for Bojan to stab home.

United were stunned six minutes later when Bojan's free kick was blocked and Arnautovic thundered a shot past De Gea.

England striker Wayne Rooney, left on the bench by Van Gaal in the first half, spiced up United's attack after the break but Marouane Fellaini wasted their best chance when he shot straight at Stoke keeper Jack Butland from close range. 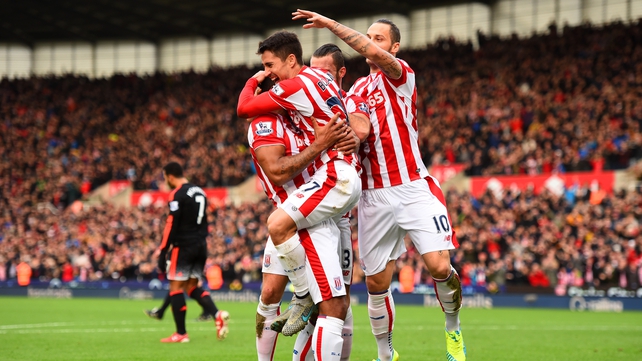 "My thoughts are that we don't dare to play football in first half. We gave a very bad goal away and then they score out of a free-kick indirect," said a shaken looking Van Gaal.

"At half-time we have spoken with each other and I have to say the second half was much better but still we have created one or two chances and then you have to score and then maybe the belief is coming back.

"In the second half we played better but the problem is we don't dare to play and that's my analysis.

"I'm always very faithful and I see also how (the players) have trained so they want to perform well but the circumstances are difficult, not only the wind but also with the pressure and that's why, in my opinion, we don't dare to play football.

"Second half we were in a losing position and we can give everything more easily and that we have done but then you have to score the first chance."

When asked if he was the man to help United rediscover their form, he said: "It's more difficult because I'm also a part of the four matches that we have lost.

And on his future he added: "It's another situation. We have lost the fourth game so you have to wait and see." 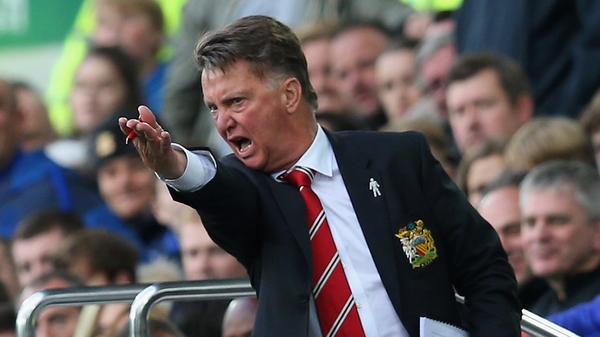 Louis Van Gaal defends his players after another limp draw