The head of European soccer, Michel Platini, vowed on Monday to go to court to fight a decision by the independent Ethics Committee of the world football body FIFA to ban him for eight years, calling it a "pure masquerade".

Platini and Sepp Blatter, the former FIFA president who is also appealing, were both banned and fined for ethics violations in connection with a 2 million Swiss franc payment that FIFA made to Platini in 2011, at a time when Blatter was seeking re-election.

Until he was suspended in October, Platini was the favourite to succeed Blatter as FIFA president in an election next February.

"The decision is no surprise to me: the procedure initiated against me by FIFA's ethics committee is a pure masquerade," the Frenchman said in a statement.

"It has been rigged to tarnish my name by bodies I know well and who for me are bereft of all credibility or legitimacy.

"I'm convinced that my fate was decided before the December 18 hearing and that this decision is just a pathetic manoeuvre to hide a true will of taking me out of the football world."

Platini said his conscience was clear and that he would challenge the decision in the Court of Arbitration for Sport and ultimately seek damages in civil proceedings. "I will fight this to the end," he said.

In a separate statement, FIFA said it "acknowledges the decisions of the independent Ethics Committee and has no further comment". 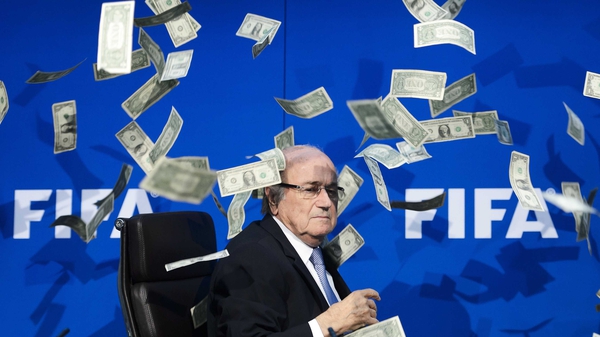