After tipping Chelsea to win the Premier League title at the start of the season, Eamon Dunphy says it’s “no big surprise” that Jose Mourinho has been sacked.

The Blues announced this afternoon that they had parted company with the double Champions League-winning boss.

"All at Chelsea thank Jose for his immense contribution since he returned as manager in the summer of 2013."

“If you’re an arsehole and people don’t like you they won’t work for you."

Speaking on the Ray D'Arcy Show, RTÉ analyst Dunphy said: “It’s no big surprise; it’s been on the cards for a couple of months.

"They are near the bottom of the league, he has fallen out with players and the project is in ruins. He is the ninth manager to be sacked by [Roman] Abramovich, the owner, in the last 12 years.

“He’s quite a capricious man. It’s only seven months since Chelsea won the title but the club has imploded in a spectacular way, unprecedented, I would say, for a club to be champions and for seven months later to be [close to a] relegation place.

“They are down near the dead men.

“There was no real hint that this was coming. But in hindsight you could see signs last year.

“What he wanted Mourinho to do this time, and what he pledged to do when he joined the club two years ago, was create a dynasty like Manchester United, with young players, home-grown players and that’s what Abramovich really wanted.

“He wanted to grow the club organically and Mourinho bought into that but hasn’t been able to do that.

“So it’s a ruin, it’s a wreck; it’s not really a job that many people will want.

“He’s 52, he’s looked really thin and emaciated for about six or nine months. I think there’s other stuff in the background – the whole thing with the club doctor [Eva Carneiro] that he publicly fell out with during a game."

Dunphy also predicted where Mourinho's next job would be and indicated that there was more to the story than was in the public eye.

“He’ll go to Paris St Germain, I predict, where he’ll be reunited with [Real Madrid’s] Ronaldo and that will be a whole new chapter in the soap opera.

"It has become a cliché but it’s like any manager in any organisation, whether it’s a football club or a broadcaster or a newspaper – if you’re an arsehole and people don’t like you they won’t work for you.

"It’s a ruin, it’s a wreck; it’s not really a job that many people will want"

"There’s no evidence that Mourinho is anything other than a really good manager and players really loved him.

"Now something happened at Chelsea that caused that to break down. Behind all this there’s a human interest story. I can’t reveal it to you. There is a story there.

“There’s stuff that you can’t really talk about in public that probably will emerge in time but even allowing for that it is quite a spectacular implosion." 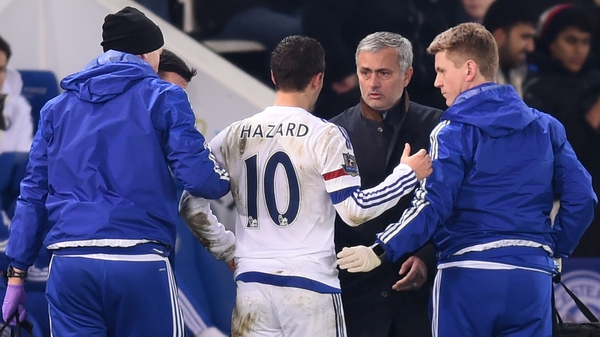