Sweden manager Erik Hamren has admitted his side's opening Group E encounter with the Republic of Ireland at the Stade de France will make or break both nations' Euro 2016 hopes.

Belgium, currently the No 1-ranked team in the world, and Euro 2012 finalists Italy are the two heavy-hitters in a daunting group, with both teams having realistic ambitions of winning the tournament outright.

Hamren talked up the two star-studded countries, admitting Sweden and Ireland are the group underdogs, but insisted he's relishing the chance to upset the odds, and is targeting victory over the Irish to gain crucial momentum.

“You have to say Belgium and Italy are the favourites in our group so [the opening game] is going to be extra important for Ireland and us," Hamren told RTÉ Sport.

"The winner in that game will have a big chance to go further and the team who lose will have some trouble of course.

"Belgium is No 1 in the world, Italy are always a strong finals team, so they are the favourites and Ireland and ourselves are the underdogs. But I want to be No 1 and I’m sure Ireland will want to be that too."

The Swedes broke Irish hearts in the 2014 World Cup qualification campaign, drawing 0-0 with Giovanni Trapattoni's men in Stockholm and triumphing 2-1 in Dublin on their way to denying Ireland a place in Brazil.

"We’ve changed a lot of player sin the last two years," Hamren added. "We have quite a different team. Both Swedish supporters and the Irish supporters are fantastic so it’s going to be a fantastic opening game." 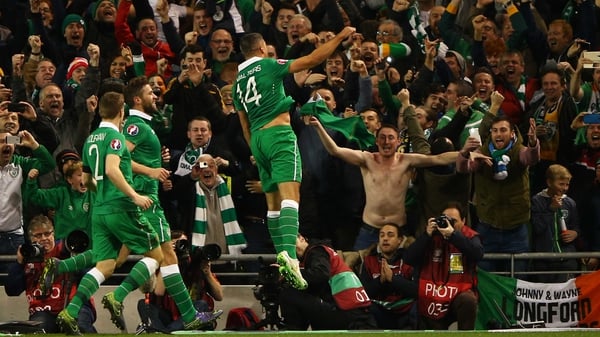 Ireland to face Sweden, Belgium and Italy at Euro 2016