Stephen Kenny, Daryl Horgan and Richie Towell have been nominated for the Airtricity/Soccer Writers' Association of Ireland Personality of the Year Award after Dundalk’s memorable double-winning season.

Lilywhites boss Kenny orchestrated an outstanding campaign in which Horgan and Towell, who has since made the switch across the water to Championship side Brighton and Hove Albion, were key figures. Horgan signed a new contract with the champions at the start of the month.

Cork City manager John Caulfield and Wexford Youths boss Shane Keegan are also in the running for the honour, with Shamrock Rovers 21-year-old midfielder Brandon Miele the other nominee.

Cork stopper Mark McNulty is up for the Goalkeeper of the Year award he took last year along with Dundalk’s Gary Rogers and Drogheda United’s Michael Schlingerman.

The awards will be presented at the SSE Airtricity/SWAI Annual Banquet in Dublin's Conrad Hotel on Friday, January 8, 2016. 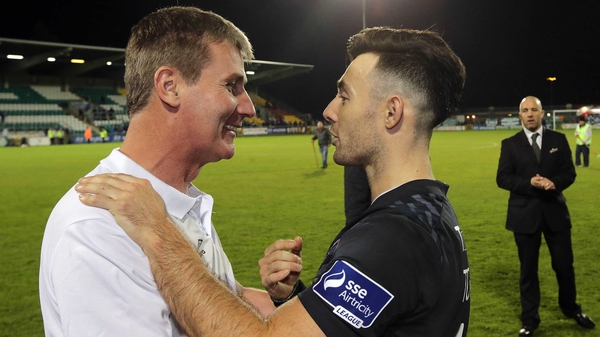