Chelsea’s Diego Costa says he was wrong to throw his bib towards manager Jose Mourinho during a recent game.

The irate striker threw the bib when he was left on the bench during the goalless Premier League draw with Tottenham Hotspur in November.

"The bib (incident) is in the past. I made a mistake but my relationship with Mourinho is amazing, we get on really well,” said Costa.

“There are things you need to control but the bib thing was an impulse.”

Costa has failed to show the form of last season when his 20 league goals propelled the Blues to the title, netting just three times so far this term.

He is confident the threat of losing his place in the Spain squad for Euro 2016 in France will push him to get better.

"I have to improve a bit. The start of the season has not been good for me, not in how I have played nor in goals," he said.

"The truth is Chelsea haven't been in a great moment, above all losing the other day at home (against Bournemouth).

"It was important to win against Porto to make the fans happy and to recover our confidence," added Costa.

"I always wish Atletico the best and I always follow them and support them from afar."

On Wednesday the Blues earned a 2-0 victory over Mourinho’s old side that took Chelsea into the last 16 of the Champions League.

Costa also refused to rule out a move back to former club Atletico Madrid.

"You never know, look how well Filipe Luis is doing (with Atletico) now," Costa said of the former Chelsea defender.

"Life is full of surprises. I always wish Atletico the best and I always follow them and support them from afar." 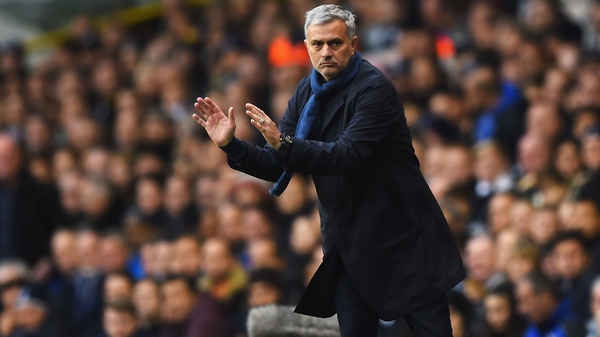