Milner, who scored from the spot in the midweek Europa League win over Bordeaux, fired home in the 62nd minute to end the wait for an Anfield Premier League victory which stretched back to September 26.

It was certainly not achieved via the "heavy metal" football Klopp has said he favours but sometimes just getting over the line brings its own rewards and occasionally winning ugly is no bad thing - especially when such occurrences have been so rare at home this season.

Victory took the Reds to within four points of a Champions League spot and six behind leaders Manchester City, whom they beat last weekend.

They have a favourable run of matches up until the visit of Arsenal in mid-January and if more good news were needed the returns of midfielder Jordan Henderson and Daniel Sturridge after long absences will add more strength in depth at a particularly busy time.

An attritional first half saw Swansea - who have beaten only bottom side Aston Villa away from home this season - work hard to flood midfield as Liverpool failed to establish any cohesion in the final two-thirds.

The only real opportunity came after six minutes when Jordon Ibe's heavy touch after breaking clear on the right gave Kyle Bartley enough of a chance to put in a sliding challenge - although the centre-back could only watch and thank his lucky stars as his tackle diverted the ball onto a post and not past the stranded Lukasz Fabianski. 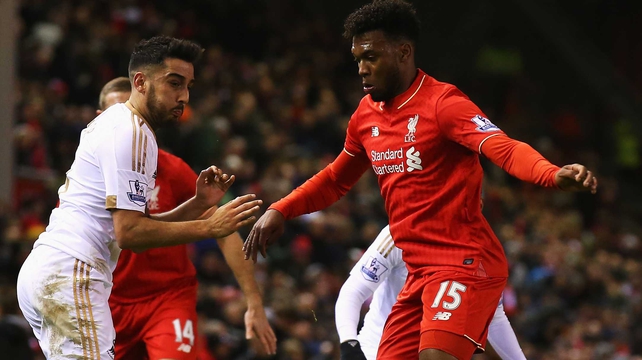 Bartley, who had a running battle with Christian Benteke all afternoon, also produced a good block to stop Adam Lallana's goalbound shot.

Things improved slightly after the break with Ibe forcing Fabianski into low save - the first of the match by either goalkeeper - at his near post.

The breakthrough came just past the hour when Ibe's cross hit Neil Taylor's arm, raised above his head, and despite an initial delay from referee Anthony Taylor the linesman flagged for the infringement.

Milner dispatched the penalty high into the roof of the Kop end goal and Anfield let out a collective sigh of relief.

Henderson's first appearance since mid-August, having been sidelined by a heel problem and then a broken foot, raised almost as loud a cheer as the goal when he replaced the ineffective Roberto Firmino.

And Sturridge's arrival with 20 minutes to go for his first action under Klopp was equally well received.

Milner's low angled drive almost doubled the lead before Swansea sent on Bafetimbi Gomis and Jefferson Montero in an attempt to salvage something.

Had their under-pressure manager Garry Monk been bolder and introduced them with the score still goalless they may have had more joy but with a goal behind them Liverpool had just enough to hang on. 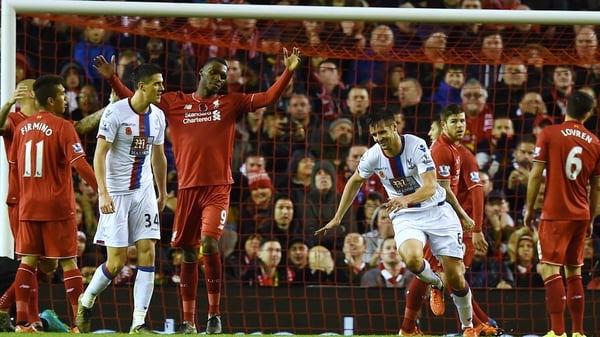