Mikael Lustig believes self-critical Leigh Griffiths and the rest of the dejected Celtic team can bounce back from their Europa League despair at Inverness on Sunday.

Hoops striker Griffiths blamed himself for the 2-1 defeat by Ajax at Parkhead on Thursday night which left the Scottish champions with two points from five Group A games.

They are out of the competition, with the final fixture against Fenerbahce in Istanbul next month a dead rubber as far as Ronny Deila's side are concerned.

A disappointed Griffiths said afterwards: "Ultimately it is me who has cost us a place in Europe. It is down to me and my finishing."

Lustig, however, believes the Scotland international was ‘a little bit harsh on himself’ and is determined to get back to winning ways in the Ladbrokes Premiership when they make the journey to the Highlands.

The Sweden defender said: "A lot of players can take the blame for this campaign.

"Leigh played a good game and maybe he was being a little bit harsh on himself.

"The good thing in football is there are always more games and you need to recharge your batteries and focus on Sunday.

"We always want to play in Europe so it was a sore one but we need to focus on Inverness."

Assistant manager John Collins is looking forward to taking on Caley boss and good friend John Hughes as he hopes Celtic make an instant recovery from their European woes.

The former Hoops midfielder said: "I'm looking forward to the game. It's always a challenge against my old mate Yogi (Hughes).

"They never make it easy for you, it's never an easy place to go.

"It's their cup final. Wherever we go it's our opponents' cup final. They've got nothing to lose and everything to gain. It's the opposite for us.

"We'll go there and do what we've been doing domestically, which is putting in good performances and scoring goals."

Celtic will assess midfielder Kris Commons, who has been out recently with a combination of a hamstring injury and illness, but Charlie Mulgrew is out with a recurrence of a thigh injury. 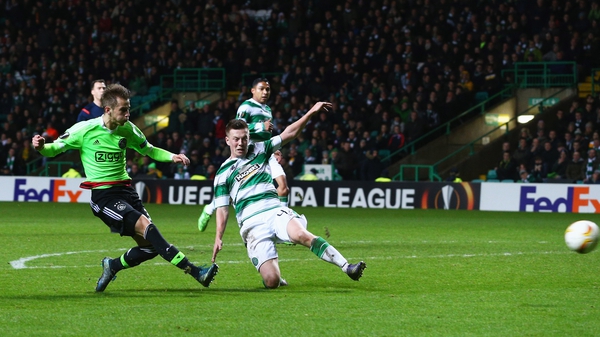 Celtic bow out of Europe with a whimper