Arsene Wenger has challenged his Arsenal players to "make right" their poor start to the Champions League by sealing qualification with a win in Athens.

The Gunners recorded a comfortable 3-0 victory over Dinamo Zagreb at the Emirates Stadium on Tuesday night in a game they had to win to remain in contention to get out of Group F.

Mesut Ozil opened the scoring before Alexis Sanchez hit a brace and, with table-topping Bayern Munich thrashing Olympiacos 4-0, it means Arsenal can go through if they win by two goals when they travel to face the Greek outfit in a fortnight.

After losing three of their opening four group matches, Wenger's men needed snookers to make sure they did not fail to reach the knockout stages for the first time in 16 seasons but now progression is back in their own hands, the Frenchman wants to see his players make up for a sluggish start.

"At least tonight we are in with a chance. Let's make right what we did not do right until now."

The crunch game came on the back of a run of one win in five for Arsenal in all competitions but they never looked liked slipping up. 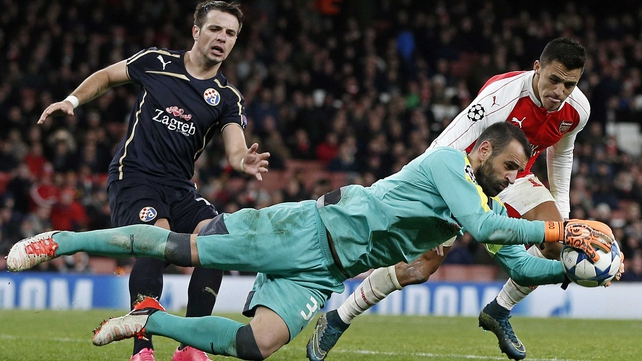 Sanchez added a third after the break as Dinamo failed to create any chances of note until late in the contest.

Despite the looming game at Olympiacos, Wenger is now keen to turn his attention back to the Barclays Premier League after seeing his side miss the opportunity to go top of the table following a defeat at West Brom on Saturday.

The victory means Arsenal will drop into the Europa League if they fail in their quest in Greece, with Dinamo now certain to finish bottom of Group F.

Their coach Zoran Mamic admitted the Gunners were much improved from the side humbled 2-1 in Croatia in September and has backed Arsenal to get the job done.

"They played much better than in the first match against us. It's not easy to play against such quality players. When they put the pace on it was very difficult for us," he said

"I'm sure they can go through. They have a good chance. They are a higher quality team than Olympiacos and my opinion is that they will go through." 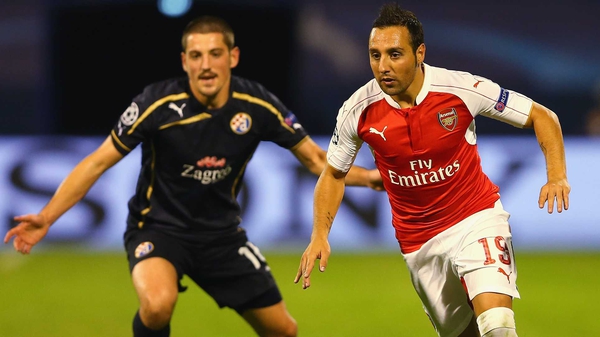