The former England striker nipped in between Dann and the onrushing goalkeeper Wayne Hennessey to secure the Black Cats' first away win of the league campaign.

Shortly after slotting home the winner, however, 33-year-old Defoe hobbled off with a suspected leg injury.

Alan Pardew's toothless Eagles were unable to build on their fine 2-1 win at Liverpool, slipping to their fourth home defeat in seven league games this term.

That profligacy from the hosts allowed Sam Allardyce's side to steal the points - their first league win on the road since the 2-0 triumph at Everton in May.

Sunderland had the only two tangible chances of a dire first half. 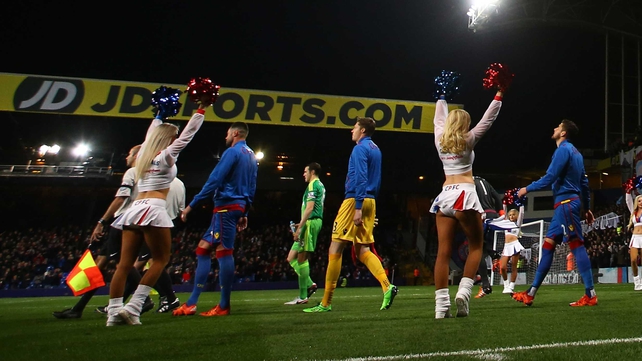 Allardyce's wing-back formation twice allowed Patrick van Aanholt in behind the Palace defence, and the first time the left-sided defender ought to have scored.

Defoe blasted wide from all of 12 yards midway through a half punctuated with dross.

The Black Cats opened the second half the stronger but were thwarted from another fine chance when Yohan Cabaye cleared Sebastian Coates' header off the line.

Substitute Bakary Sako's curling effort veered wide as Palace attempted to raise the tempo, before Damien Delaney pulled off a full-stretch interception to deny Sunderland an opportunity on the break.

Sako's night lasted less than 20 minutes, the former Wolves midfielder trudging off to be replaced by Patrick Bamford as Pardew threw two up front. 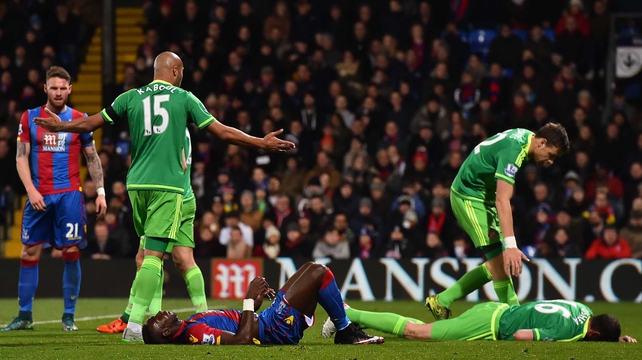 The clash had cried out for the home team to alter their formation and double their strike force almost from the off, yet Pardew still waited until after the hour mark to make the switch.

While Zaha and Bolasie huffed and puffed in their effort to deliver a telling final ball, Sunderland continued to offer a reasonable counter-attacking threat.

Pardew pitched Marouane Chamakh into the front line in place of the anonymous Connor Wickham, but still the hosts struggled for fluency. 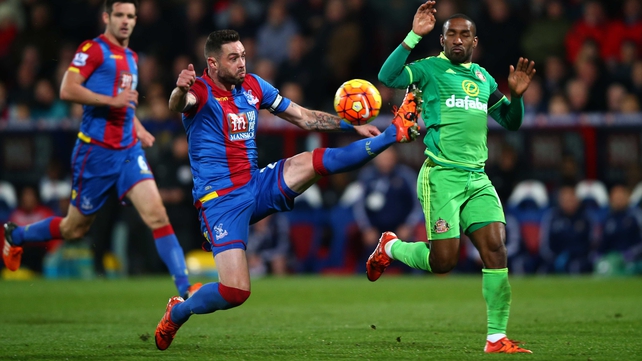 The former Tottenham hitman ghosted in and round Hennessey in one touch, before passing into the empty net.

Hennessey had little choice but to leave his area in a bid to cover Dann's misread, but only succeeded in allowing Defoe to tee up his tap-in.

Palace continued to press even through five minutes' added time, but to no avail, with Cabaye curling a free-kick wide to close out a frustrating night for the hosts. 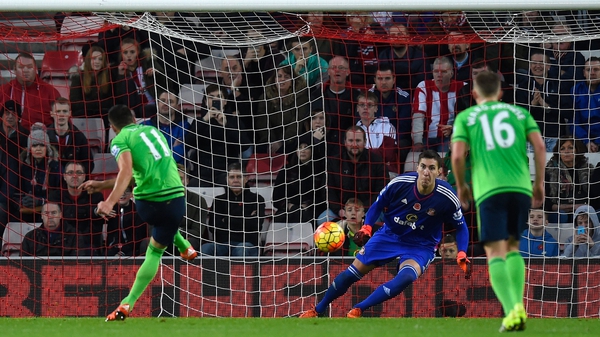 Dusan Tadic piles on the pain for Sunderland