Sepp Blatter has revealed he was "close to death" after collapsing earlier this month.

The 79-year-old, currently suspended from his post as FIFA president, fainted while visiting his parents' grave with family members.

"I sat between angels singing and the fire of the devil"

Blatter spent time in hospital and has since been released, but said the health scare was very serious.

He told Swiss TV channel RTS: "The pressure on me was enormous. It came to the point where my body said: 'Stop. Enough is enough'. I was close to death. I sat between angels singing and the fire of the devil."

Blatter and UEFA president Michel Platini are expected to be told this week of the next stage in the FIFA ethics committee proceedings against them. They are facing lengthy bans if found guilty of several breaches of FIFA's ethics code over a £1.3m payment made by FIFA to Platini in 2011.

FIFA's ethics judge Hans-Joachim Eckert will decide whether to hold a formal disciplinary hearing based on the case presented by investigators. A final outcome is expected before Christmas.

A statement from the investigatory chamber of the ethics committee said final reports had been submitted to Eckert containing "requests for sanctions" over the 2 million Swiss franc payment made to Platini.

It is understood this request will be for bans of several years based on four potential ethics code breaches: mismanagement, conflict of interest, false accounting and non co-operation with or criticising the ethics committee. 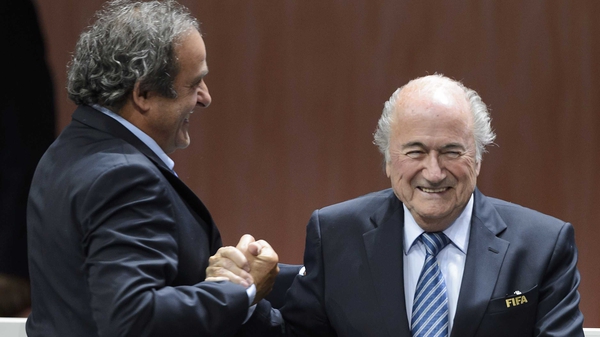