The Real Madrid forward describes Ferguson as a "father" figure who was vital in shaping his career during six years at Manchester United, but confessed to ITV chat show host Jonathan Ross that he still finds the Glaswegian's accent impenetrable.

"I still don't understand him. In the beginning, I had a translator, a Brazilian man, of course, basically only for him," Ronaldo said.

Ronaldo, who is the subject of a film documentary about his life which is now on general release, spoke of his affection for his time in England.

"I respect English people a lot because they are very polite and they respect (you)," he added.

"But it's true, the time I spent here, people treated me unbelievably. I'm never going to forget that."

"I still don't understand him. In the beginning, I had a translator"

Ross also asked Ronaldo about a number of the issues touched on in the documentary - his relationship with his father and his mother, and how he will never publicly reveal the name of his son Cristiano's biological mother.

Ronaldo said he had never forgotten Ferguson's compassion in allowing him to visit his late father - who suffered from alcoholism - when he was ill.

"I just have to say thank you for what (Ferguson) did for me," he said.

"We had an important game in the Champions League and I said, 'Coach I need to go to see my daddy' and I was a key player, I was a very important player and he said, 'Listen, your personal life, your family is the important thing that you have in your life. If you want to go three days, four days, five days you can go.'

"This moment is what I keep for me because it was the most important time in my life and he shared it with me. This is why I respect him and for me he's the best coach I ever had."

Ronaldo revealed he has barred his mother watching big games because she gets too nervous watching him play.

"I just make a rule, big games she cannot watch," he said.

"It's true, I don't take her to my box or I put someone in the home to go and walk with her when the game starts. It's the solution... I understand my family cannot deal (with it) because it's difficult when press start to speak on television all the time..." 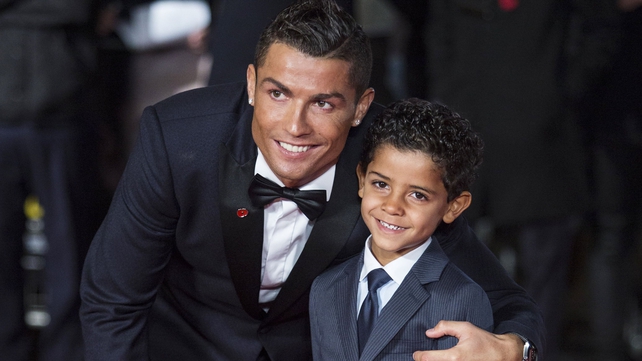 Despite his devotion to his own mother, Ronaldo does not believe it is a problem that the mother of his own child - also called Cristiano - will play no part in his life, but says he will tell his son who his mother is, even though the outside world will never know.

"For me it is not a problem," he said when Ross asked him what he would say to his son.

"I will say in the world, many kids don't have mums, don't have dads or dads die or mums die... Cristiano has a dad, an unbelievable dad. (He has) a grandmother, I have the support of my family, great of course.

"It will be like, 'why don't you (say?)' Listen, some points in life it's private and people have to respect the privacy of other people. When Cristiano is going to grow up, I am always, always going to say the truth to him because he deserves (to know), because he is my son, but I am not going to say because people want me to say." 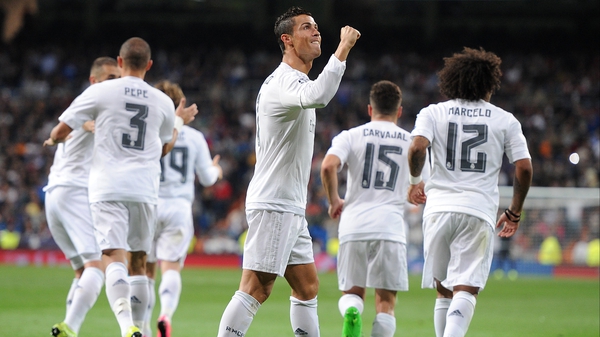