Bosnia and Herzegovina captain Edin Dzeko believes the Republic of Ireland’s injury and suspension problems hold little advantage for his side going into the Euro 2016 qualification play-off first leg (7.45pm).

Ireland are missing several key players for the game in Zenica, including injured pair David Meyler and Shane Long, who may still feature in the return leg on Monday, as well as the suspended duo of John O’Shea and Jonathan Walters.

However, Dzeko feels the Irish squad is good enough to cope with their absence and pose a strong challenge in the 15,600 capacity Stadion Bilino Polje.

He said: “I know all the players. Maybe some of their most important players are not playing in the first game, so it's a big problem for them, but they have other good players who can jump in, so I don't think it's a big advantage for us.

"They have some important players, some experienced players, who can bring something different to the team - like they did against Germany, because it's not easy doing it against them.

"If you win, you must be a good team. They are a good team which will definitely never give up, I know that.

"They will be two very interesting games because we want to go to the Euros, they want to be there as well, so it will be interesting to watch.”

The Roma frontman is familiar with most of the squad from his time at Manchester City.

However, he rejected the notion that his team would be favourites because they have five players competing in the Champions League this season, including himself and his Roma colleague and playmaker Miralem Pjanic.

"No, I think it's 50-50, " said Dzeko. "It doesn't matter that some of our players are playing in the Champions League because Ireland have players with a lot of experience who have already played in big games.”

The game takes place in the industrial heartland of Zenica, just over an hour's drive away from Sarajevo.

It’s beneath the minarets and the mountains of central Bosnia that Ireland’s Euro 2016 chances could be decided.

The Bosnian players favour the tight confines of the smaller stadium to the larger Olympic stadium in the capital, with Dzeko hoping a vociferous atmosphere can push his side to victory.

"This place is something special for us, something that gives us even more power to give everything we can. We love this place - we have won so many games here and hopefully we can do the same tomorrow.

Bosnia and Herzegovina coach Mehmed Bazdarevic said that Ireland remain difficult opponents despite the absence of those key players.

The former Yugoslav international believes possession of the ball will be crucial and it may take a moment of magic to settle an “aggressive” game.

“We are not afraid of them. They are an excellent team and they have shown this through qualification. We are ready for the game. We really do respect the expertise they have in their squad and we are going to confront them.

“It is inspiration and top form that will decide tomorrow. Possession of the ball is going to be really key and something very important. We are ready for an aggressive type of game.” 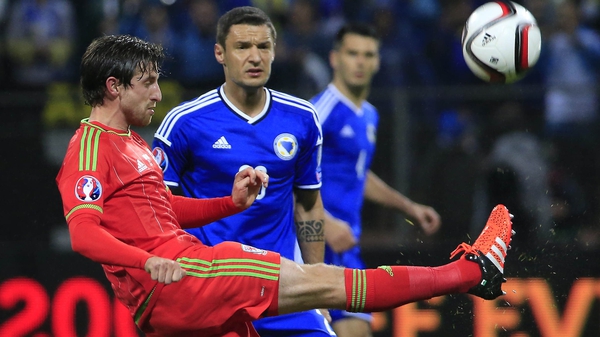