Arsene Wenger has been asked to explain his recent comments on doping to the FA.

In a recent interview with L'Equipe Sport and Style, Wenger said he had never instructed one of his players to take a performance-enhancing substance, but suggested he had come up against opposition who may have done so.

The subject of doping is under the spotlight once again this week after the World Anti-Doping Agency published its report which accused Russia's athletics federation of running a systematic doping programme and suggested the country should be banned from future events.

Many believe the exposure of Russia's widespread doping culture could be merely the starting point for further revelations - with other sports expected to be studied in more depth.

Wenger has long been an advocate of making advances in drug testing and said it was a matter of personal pride to have never resorted to cheating, while claiming others may have done.

"I try to be faithful to the values that I find important in life and to transmit them to others," he said.

"In 30 years of my coaching career, I never got one of my players injected to be more efficient.

"I never gave them a product that can improve performance. It is about pride. I've played against a lot of teams that were not in this state of mind."

The 66-year-old's comments have not landed him in hot water with the FA, but it is understood the governing body is instead interested in any further information Wenger may have on the subject.

"The FA, in conjunction with UKAD, operates one of the most comprehensive anti-doping testing programmes in the world," the FA said in a statement.

"We have exceptionally few cases of positive tests for performance-enhancing drugs, which reflects the findings from drug-testing in football worldwide. All positive cases for WADA-prohibited substances are published by UKAD and the FA."

Wenger's comments come after a Dinamo Zagreb player failed a drugs test following the Croatian side's victory over Arsenal in the Champions League earlier this season.

The Gunners were beaten 2-0 in Zagreb in October before Arijan Ademi failed a drugs test for the Croatian side, although his 'B' sample is still being investigated. 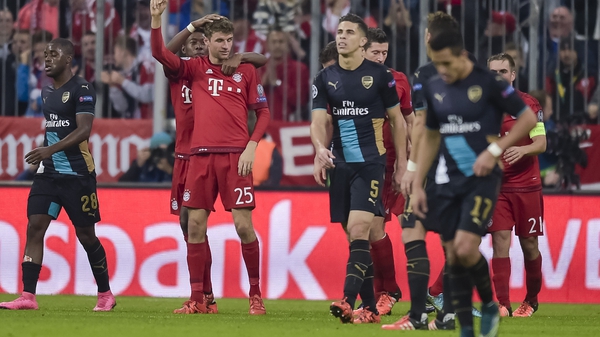 Wenger insists Arsenal will bounce back