The former England captain had been linked with a surprise move back home during the MLS closed-season.

However, Arena has quashed those rumours and says Gerrard may train with his former club at the most just to keep his fitness up.

“I don't believe it is at all accurate," he said, commenting on reports linking Gerrard with his old club. "There's not any truth to any of this. It's ridiculous."

Arena did, however, welcome the opportunity for Gerrard to train with the Reds while he is back in England.

Gerrard left the Anfield club at the end of last season, though in his recently published autobiography he made it clear that this wasn’t his choice.

He didn’t see eye-to-eye with then manager Brendan Rodgers and this is the reason he moved to LA, partnering up with Ireland’s record goal-scorer Robbie Keane at the MLS champions.

However, since Jurgen Klopp took over at Liverpool boss from Rodgers earlier this season there has been mounting speculation linking Gerrard with a return. 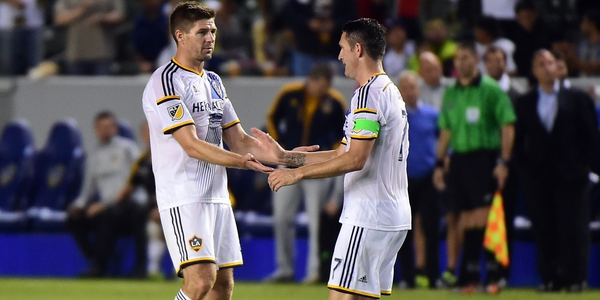