And so it's a trip to Bosnia and Herzegovina on a Friday the 13th for the Republic of Ireland - the first instalment in what is the last chance saloon to reach the Euro 2016 finals in France.

While most Irish supporters were hoping that Hungary would provide the opposition in next month's play-off, there was a collective sigh of relief that we at least avoided Ukraine. In the hours that have passed since the draw in Nyon, the realisation is that the Bosnians will be tricky opponents in our quest to reach a successive Euro finals.

Eamon Dunphy isn't exactly holding out much hope that we can join the party in France next summer.

Speaking on Game On on 2FM, the RTÉ pundit said: "I would have preferred Hungary. I saw Bosnia beat Wales (2-0); they are a useful side and they can play. They are much better than the likes of Georgia and Scotland. I wouldn't fancy us."

Indeed, much of Dunphy's negativity stems from the manner of the recent 2-1 defeat against Poland and he added: "In the match against Poland, I think Martin O’Neill showed his hand and what his mentality is as a coach

"That is, don’t pass the ball – bang it forward – and hope you get something from a set piece. That’s why I’m pretty pessimistic."

Dunphy also made reference to the absence of John O'Shea and Jon Walters for the first leg, but their return, and not having to overcome a sizeable deficit would, he said, "light up the Aviva" for the second leg. 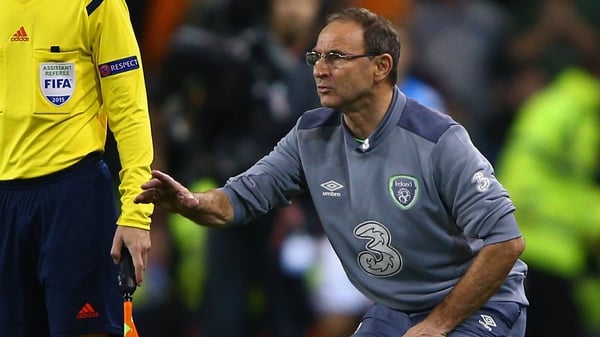 Martin O'Neill: Ireland will be ready for play-off