Real Madrid's Gareth Bale and Sergio Ramos are fit to return for Sunday's derby at Atletico Madrid but James Rodriguez has been ruled out, coach Rafa Benitez said.

Atletico are likely to provide Benitez with his strongest test to date as boss at Real.

Although Diego Simeone's side have not hit top form, they have the quality to cause problems for Real and will be highly motivated with local bragging rights at stake.

Real's 4-0 defeat by Atletico at the Calderon last season played a significant part in their decision to ditch former coach Carlo Ancelotti and bring in Benitez, who is considered to be more of a disciplinarian.

Benitez hoped to have players back from the treatment room for the crunch game and was handed a boost with the returns of Bale and Ramos, but Rodriguez has suffered a setback in his recovery from a thigh injury.

"Both (Bale and Ramos) have been passed fit but it is another thing to have the necessary rhythm to play and so while I have seen them train well, we will make a decision on them tomorrow," the coach said.

"I have spoken with Gareth and he is fine. Footballers always have the hope of playing and we will have to consider the situation.

"He (Rodriguez) has a knock and pain in the same area as before. On Thursday in training he had problems again so he will not make this match."

Rodriguez is also set to miss the two international matches for Colombia against Peru and Uruguay.

Colombia coach Jose Pekerman and team doctor Carlos Ulloa were both at the training session in Madrid to see Rodriguez.

"Dr Ulloa and trainer Pekerman were here and they have received all the information," added Benitez.

"It is quite clear that he can't play for us nor the national team."

Benitez has made a steady start as Real coach, but his side will be under pressure to rebound from a 0-0 draw at home to Malaga last weekend.

Injuries to other players have placed an even greater emphasis on Cristiano Ronaldo to deliver.

The Portuguese superstar has responded and became Real's joint all-time top scorer with a double in a 2-0 win away to Malmo in the Champions League last Wednesday, matching Raul's total of 323 goals.

"His records are there for everyone to see and they continue to improve," said Benitez.

"I have congratulated him and hopefully he will continue scoring goals. It is important to see him there in the history of Madrid."

Real have 14 points from six games, two more than Atletico Madrid and two off leaders Villarreal who are away to Levante on Sunday. Barcelona have 15 points and face Sevilla on Saturday. 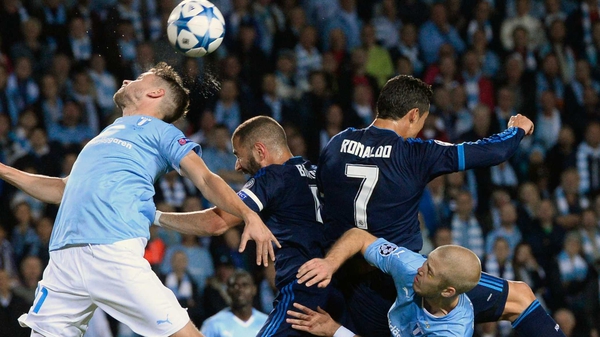