Louis van Gaal is expecting a stern examination for Manchester United on Sunday from an Arsenal side eager to bounce back from Champions League disappointment.

Ahead of the Barclays Premier League contest United have surged to the top of the table.

They travel to the Emirates Stadium on Sunday in good form, though Van Gaal is wary of a backlash from the Gunners, who lost to Olympiacos in Europe on Tuesday.

“I think Arsenal can come also back off a defeat,” said the Dutch man. “They have showed that a lot of times.

"I think Arsenal are one of the best teams in the league, in a technical and tactical sense - maybe the best. I like the way they play.

"Nevertheless, they haven't won so much so you have to look for that improvement with their team."

Van Gaal has expressed concerns about his own side being affected by fatigue following their laboured 2-1 Champions League win over Wolfsburg on Wednesday night.

He said: "It is very difficult and Arsenal had also one day more because they played the day before us so it shall be a difficult game."

The Dutchman has also stressed the need for United themselves to get better, despite Wednesday's victory being their fourth in-a-row in all competitions.

Some of United’s performances this season have brought criticism and they’re far from the finished article.

Defender Phil Jones knows that they have a way to go yet, though says that sitting top of the table proves some of their doubters wrong.

"It (being top) is a great boost for us and it raises a few eyebrows," said Jones.

"When we were winning games, it was never enough goals - it was 4-0, we should have won 10-0,” said the 23-year-old England interational.

"You always get that. They are there to make judgmental comments." 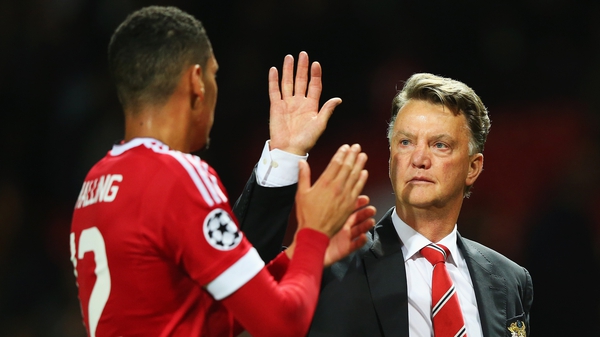