De Gea had his heart set on a move to Real Madrid earlier this summer, but a proposed transfer to the 10-time European champions collapsed late on deadline day.

Senior figures at Old Trafford said earlier this summer that they had given up hope of De Gea staying at the club, but it now seems the Spaniard could be on the verge of a U-turn that would please manager Louis van Gaal and the club's fans immensely.

De Gea's agent Jorge Mendes and members of the goalkeeper's family were spotted going into the club's training ground in Carrington on Thursday for talks.

United have never withdrawn the contract offer they put to the former Atletico Madrid man last season and according to reports in Spain, the player is keen to sign it.

Van Gaal has left De Gea out of his team for the first six games of the season because he said he felt the two-time player of the year was not able to focus due to Madrid's interest in him.

De Gea played for Spain in their midweek Euro 2016 qualifier against Macedonia, but it remains to be seen whether the 24-year-old will feature for United in Saturday's home game against Liverpool.

Van Gaal is expected to answer questions on De Gea's situation at his weekly press conference which is taking place at Carrington this afternoon. 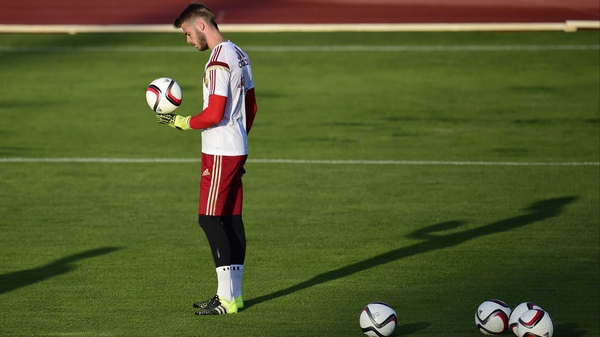