Louis van Gaal is sure there will be no complacency from his Manchester United players when they take on Club Brugge in their Champions League play-off second leg.

United are overwhelming favourites to secure a return to the group stages having won the first leg last week 3-1.

Brugge manager Michel Preud'homme claimed on the eve of the second leg in Belgium that it would take a "miracle" for his injury-ravaged squad to overturn United's two-goal advantage.

But Van Gaal has told his players to be wary of Preud'homme's team, who came from 2-1 down to beat Panathinaikos 4-2 over two legs in the previous qualifying round.

"They won against their Greek opponent 3-0 so they are capable to do that with the support of the fans," the United manager said.

"I don't think my players shall take it easy."

A return to the group stages after a one-year hiatus would please the club's accountants, their sponsors, the board, the fans, and the manager, who won the competition 20 years ago with Ajax.

Ajax upset the odds to beat AC Milan in the final, and this year Van Gaal thinks he has a squad of a similar blend.

"We won the final with 18, 19 year-olds but also with players like Carrick and Schweinsteiger."

Van Gaal has brought just 18 players to Flanders for the second leg. 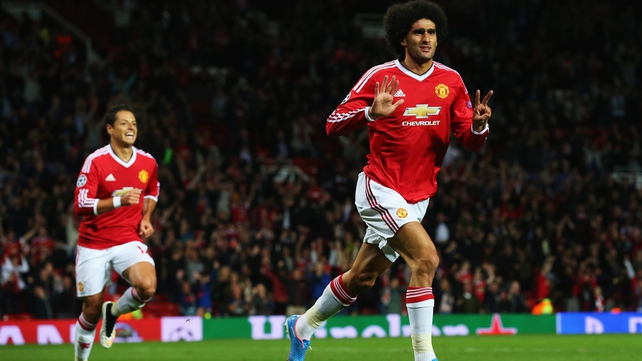 Van Gaal revealed on the eve of the match that he intends to use the big Belgian as a striker this term, rather than in midfield, which in part explains why United are yet to buy a forward despite their struggles in front of goal.

"He can play in a nine position and a ten," Van Gaal said.

"He can also play at six and eight, but this year he shall play more at nine and ten because there we have other players."

Fellaini, meanwhile, is keen to play up front if his manager believes that is the best place for him.

"In the past I have played number ten and number nine sometimes so I can play there and help my team-mates and my team," he said.

"It is different to play midfield and striker but I enjoy all the positions I can play." 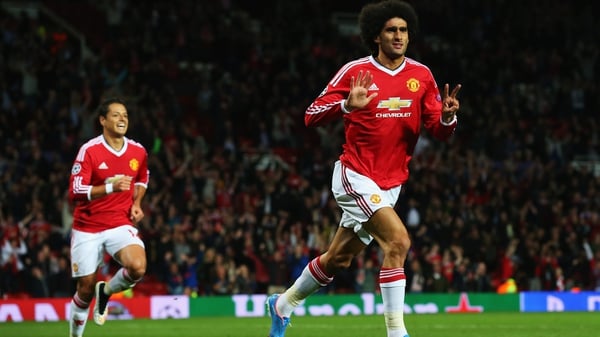 Fellaini goal the icing on the cake as Manchester United win