What a week for Eunan O’Kane.

It’s not too long since the Derry man was playing League 2 football for Torquay, but the past nine days has seen the Bournemouth midfielder make his Premier League debut against Aston Villa, a starting place in the XI at the historic Anfield stadium and followed up by a call-up to Martin O’Neill’s Ireland squad.

The Ireland manager, as is his way, named a 37-man provisional squad for the upcoming EURO 2016 qualifiers with Gibraltar and Georgia and O’Kane was rewarded for his recent elevation by being included for the first time in the senior squad.

O’Kane may have been ruing his decision to defect from the Northern Ireland set-up, as Michael O’Neill’s side are enjoying a fine qualifying campaign but now the Premier League new boy has a chance to make a mark with the international side of his choice.

Fellow Bournemouth man, Harry Arter, has also been included, although, unlike O’Kane, Arter has yet to sample the cut and thrust of the Premier League as he is still nursing a knock that was picked up on international duty at the end of last season. 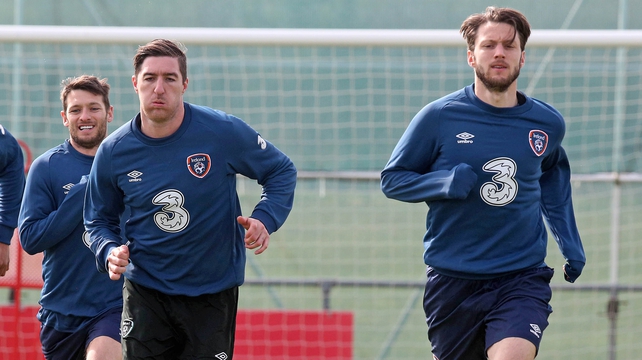 There were plenty of Irish in action at St Mary’s as Everton travelled to Southampton with James McCarthy and Seamus Coleman starting for Everton, while Shane Long was picked in the XI for the Saints.

But there was no repeat of last week for Long as his side drew a blank in the 3-0 defeat, while there was no sign of Darron Gibson or Aiden McGeady in the Everton matchday squad either.

John O’Shea spent another weekend on the bench watching his Sunderland side shipping goals as the Black Cats were soundly beaten again.

The victors at the Stadium of Light included Robbie Brady playing the full ninety with Wes Hoolahan also starting in the 3-1 away victory.

Newcastle United were beaten 2-0 by Swansea and while keeper Rob Elliot can get named in the Ireland squad, there appears to be no place for him in Steve McClaren’s matchday squad.

Stoke City fought back from 2-0 to draw with Tottenham thanks to a fine substitute appearance from one-time Ireland international Stephen Ireland, while Jonathan Walters and Glenn Whelan both started for Mark Hughes’ side.

James McClean was demoted to the bench as WBA travelled to face Watford, but the Derry man played the last 20-odd minutes in the Vicarage Road stalemate. 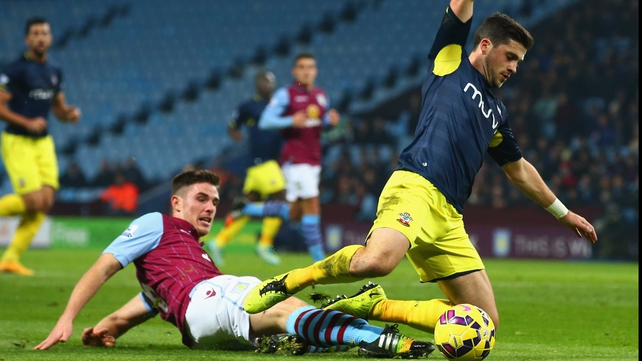 Ciaran Clark played for Aston Villa on Friday night against Manchester United and was unlucky to be on the losing side as the visitors snuck a 1-0 win.

Damien Delaney, meanwhile, continues to play week in week out for Crystal Palace and the centre-half was on the scoresheet for the second week in a row, but this time unfortunately, the former Ipswich man put the ball through his own net, which proved to be the winner for the Gunners.

Stateside, Robbie Keane was again on the scoresheet as he scored twice in five minutes to help LA Galaxy to a 2-1 win over FC Dallas.

Kevin Doyle’s exile has not, it would seem, hurt his international chances as he was named in O’Neill’s squad.

In the Championship, Reading had Paul McShane and Stephen Quinn in the starting XI, while Simon Cox came off the bench late on in the scoreless draw with Leeds.

But the main moment of the game was the sterling show of support for former Ireland Under-21 player and current Reading Academy boss, Eamonn Dolan, who is undergoing chemotherapy treatment at the moment.

21' A quite superb ovation from both Reading and Leeds fans in support for our Academy Manager Eamonn Dolan. #21forDolan

Applause from all four corners of the ground - thanks for your support of our Academy Manager. #21forDolan pic.twitter.com/ZtKkbhVAbO

Alan Judge reminded the Ireland boss why he was called into a provisional squad at the end of last season after his goal at the weekend helped Brentford to a 4-2 win over Bristol City. Judge was again named in the 37 by O’Neill on Tuesday and will be hoping to feature in the upcoming squads for Gibraltar and Georgia.

Alan McCormack also played for the Bees, while Derrick Williams was on the losing side.

Stephen Gleeson helped Birmingham maintain their unbeaten start as they drew 2-2 away at Burnley, where Stephen Ward remains on the bench. 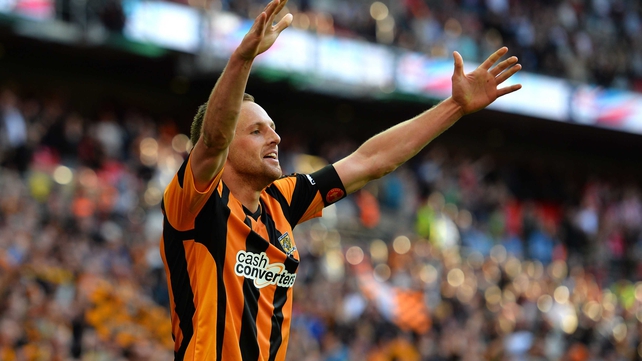 David Meyler and Hull have enjoyed a decent start to the season and would have a 100 per cent record had it not been for an epic goalkeeping failure at the weekend as Wolves grabbed a 1-1 draw.

Derby County’s slow start continued as they were held by Charlton as Richard Keogh and Jeff Hendrick started for Paul Clement’s side.

Ipswich grabbed their first win of the season as Mick McCarthy’s side put two past Ireland keeper Keiren Westwood in a 2-1 win. Daryl Murphy played for Ipswich, while David McGoldrick came on for the final 15 minutes. Westwood went off in the 59th minute having picked up an injury and will miss the Owls next game.

CC: Keiren Westwood will be missing for the next match but we have confidence in all our goalkeepers #swfcLIVE

There was plenty of Irish interest as Preston North End beat MK Dons 1-0 as Greg Cunningham started for the Lilywhites with Alan Browne coming off the bench, while Samir Caruthers and Darren Potter were on the losing side. Cunningham is enjoying a new lease of life at his new club and will have been pleasantly surprised to find himself back in the senior Ireland squad.

Chris Hughton’s Brighton lead the division with maximum points from the opening two games as they enjoyed a 2-1 away win at Fulham.

Sean Scannell returned to the Huddersfield side as they drew 1-1 with Shane Duffy’s Blackburn. Joe Murphy played in goal for the Terriers.

Andy Reid, meanwhile, returned to action during the week for the Nottingham Forest Under-21s.

In League One, Paddy Madden bagged a brace for Scunthorpe as they beat Crewe 2-0, while Conor Hourihane was on target from the spot for Barnsley as they edged past Burton 1-0. David Forde was on the wrong end of a 4-0 hammering as Millwall were beaten by Coventry and Billy Clarke bagged one for Bradford in their 1-1 draw with Shrewsbury. 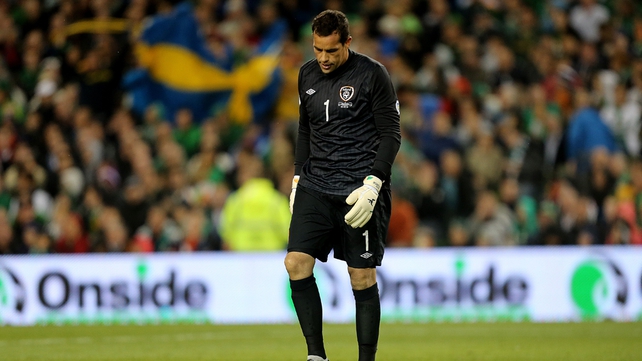 Donal McDermott helped Rochdale to a 2-0 win over Blackpool, the former Manchester City youth opened the scoring in the 58th minute with his first goal for his new club.

In League Two, Barry Corr grabbed a double for Cambridge in their eight-goal thriller with Carlisle, the game finishing 4-4. That’s four goals in two league games for the former Southend striker, who is clearly enjoying life in his new surrounds.

Former Dundalk frontman, Pat Hoban pounced in injury time to rescue a point for Oxford away at Luton as the sides finished 2-2.