Leighton Baines is set to be sidelined for around three months after undergoing ankle surgery, Everton have announced.

The England and Toffees full-back went under the knife on Thursday to correct the problem he sustained in training on the eve of the Premier League campaign.

Everton confirmed that the injury had been repaired but that the 30-year-old now faces a lengthy period of rehabilitation before he can return to first-team action.

A statement on www.evertonfc.com read: "Left-back Leighton Baines has undergone a successful ankle operation but is set to be missing for the next 12 to 14 weeks." 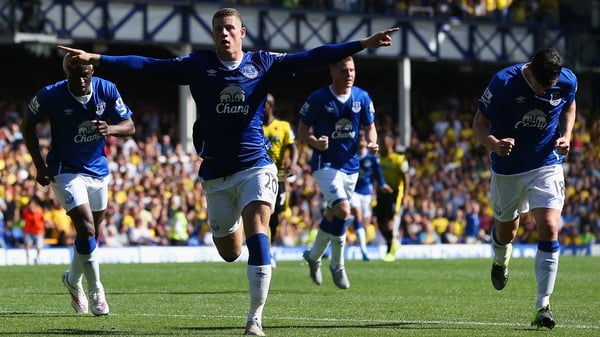 Everton fight back twice to draw with Watford