Manchester United's Argentinean winger Angel Di Maria is set to have a medical ahead of a proposed transfer to French champions Paris St-Germain a year after arriving at Old Trafford for a British record transfer fee.

Di Maria joined United from Real Madrid for a fee of £59.7m but, after an impressive start to his Reds career, he struggled to display the form that made him one of the most feared attackers in Europe.

Di Maria scored or assisted in three of his first four United games but netted his final league goal in October and only started one match following their FA Cup quarter-final defeat against Arsenal in March.

The 27-year-old did not join the club's pre-season tour of the United States following the Copa America and has been widely linked with a move to the big-spending French side.

British media reported the French side were preparing a transfer fee in the region of £44.5m.

On Friday PSG coach Laurent Blanc did little to dismiss speculation that the club were interested in the Argentinean.

"As Manchester United and Paris St-Germain are both very big clubs negotiations can be difficult," the former United defender said. "But we feel like we are close to the end." 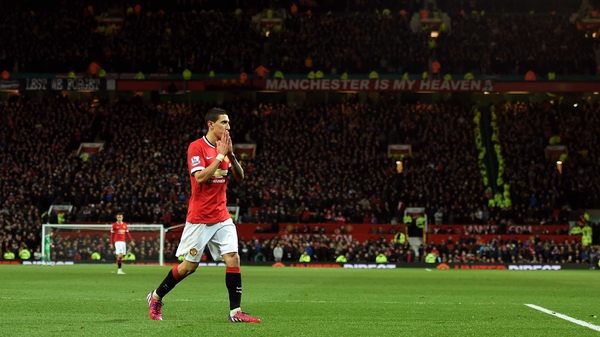