Vinny Faherty gave a man-of-the-match performance for the hosts with two goals and an assist in front of 980 spectators at the Markets Field.

Faherty made it two on 36 minutes with a bullet header from six yards out following a whipped cross from the impressive Ian Turner.  Limerick could have gone in further ahead as they completely dominated the first half.

A double substitution for Sligo at the break seemed to work wonders for the Bit O’Red, who went close through Rob Lehane and Gary Armstrong only for Limerick keeper Freddy Hall to deny them.

Hall was helpless however on 57 minutes when former Limerick full-back Patrick Nzuzi, making his Sligo debut, broke down the right and crossed for his fellow debutant Lehane to prod home at the back post. 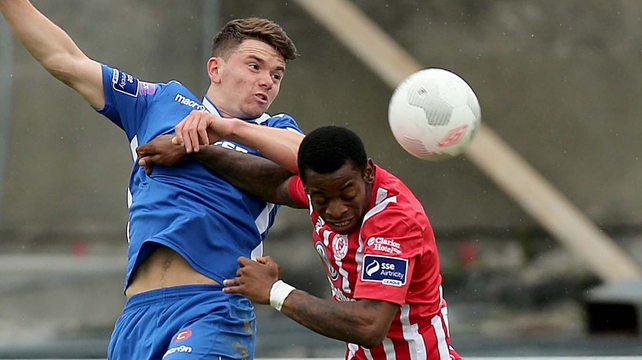 Limerick regained a two-goal advantage in somewhat bizarre circumstances on 64 minutes.  Lynch dispossessed Danny Ledwith and fed Faherty, who played in the overlapping Dean Clarke. Clarke’s goal-bound effort was blocked by former Limerick star Jason Hughes but it spun up and over Richard Brush into the Sligo net.

Sligo, to their credit, didn’t give in and pushed their hosts all the way, reducing the deficit to the minimum on 79 minutes through substitute Armstrong, who finished well at the back post from a Lehane flick-on.

An Armstrong free-kick in injury-time was Sligo’s last real chance at an equaliser but the impressive Hall got down well to save, much to the relief of the home crowd who saw their team win for the first time in 22 games this season.

Limerick now move to within seven points of Sligo at the bottom of the table and with the two clubs meeting on the last day of the season at the Showgrounds, this result could have a major bearing on the relegation battle. 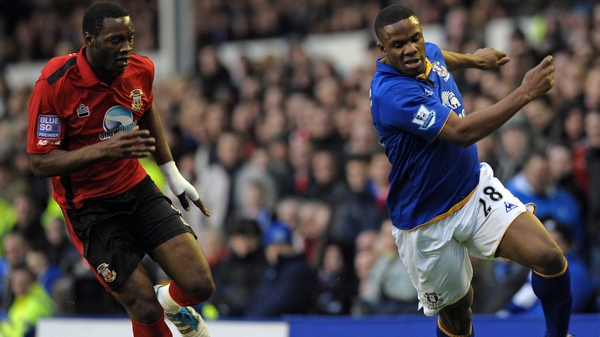 Battle at the bottom as Limerick face Sligo